66% of Canadians Own a Smartphone, Nearly Half Own a Tablet: CRTC

If you are one of the 66% of Canadians who own a smartphone or if you own a tablet, the CRTC wants to hear your opinion on various topics. As part of its ongoing review of the telecommunications services, the regulator has launched a campaign in which it invites connected Canadians to join the effort to help the CRTC shape the future of telecommunications services in the country. 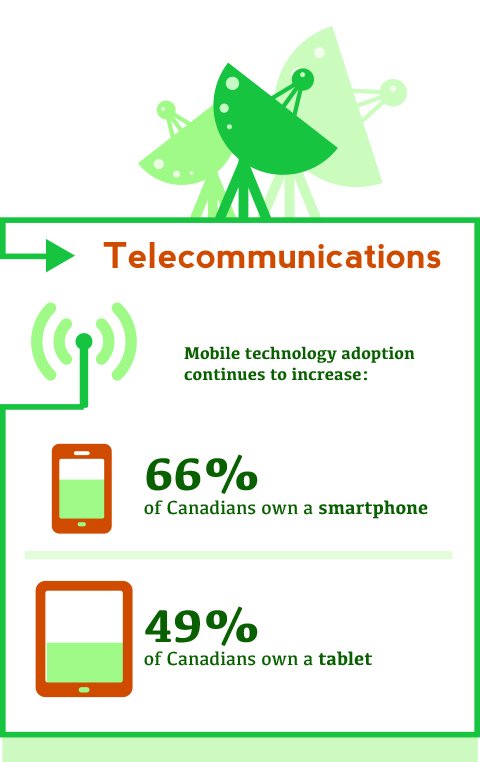 In the first stage of the review, the CRTC started collecting information to determine the areas that are not being adequately served. The second stage is happening now: the regulator needs your input on the following questions:

“As we look to the future of Canada’s telecommunications needs, we are interested in hearing the views of Canadians from across the country, and especially those who do not have access to the technology they need in this digital era,” Jean-Pierre Blais, Chairman and CEO, CRTC said. “In order to fully participate in the digital economy, Canadians need reliable, affordable and modern telecommunications services. Wherever you live in Canada, from St. John’s to Prince Rupert to Moose Jaw to Iqaluit, we want to hear from you.”

Also, Canadians can fill out a short questionnaire to share their opinions on the telecommunications services available in their region. To fill out the online form, click on this link.