Cellphone Users Now Have Power to Get Rogers, TELUS and Bell to Compete: PIAC

Thanks to the CRTC Wireless Code, anyone with an existing three year contract can walk away once their two year anniversary hits and not pay a cent as of June 3, 2015. Throw in expiring two year contracts, and the wireless industry is preparing for the ‘double cohort’ of wireless users, free agents that will be ready to move to any company of their choosing.

Journalist Peter Nowak, writing for CBC News, explains how cellphone customers will now have some bargaining power thanks to the CRTC rule, which spokesperson Patricia Valladao says “reduces barriers to switching.” 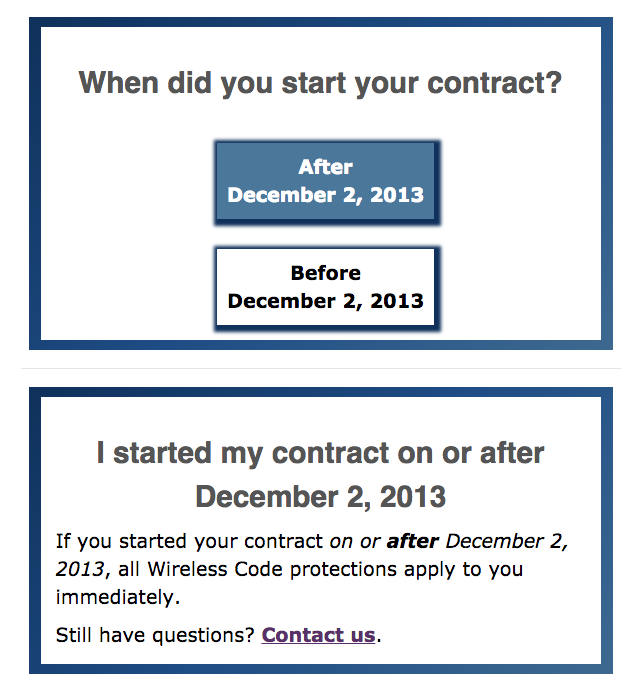 John Lawford, executive director of the Public Interest Advocacy Centre, suggests these ‘free agent’ wireless customers should consider going month-to-month and avoid contracts, or try WIND Mobile if available in your area. He says wireless users need to be aware they can leverage their contract-free status to find the best deal:

“People still haven’t got used to the fact that they have the power now, so they’re not exercising their right to walk,” Lawford added. “People don’t know it’s easier now. They still think if they switch, something bad will happen.”

If people don’t switch carriers, notes Lawford, wireless carriers will not have any incentive to offer promos or better rates. To make carriers compete for your business, it’s best to consider rival carriers and seeing what’s out there instead of staying complacent, as he adds “It’s usually better to be proactive about it than to wait for them to come to you,”

As for the ‘Big 3’, they each provided a statement to Nowak and CBC News on how they will be preparing for the ‘double cohort’, estimated at 2.2 to 4 million Canadians, according to a Scotia Capital report released in January.

Rogers spokesperson Michelle Kelly said “We have planned for this and have been actively working with customers, offering various promotions and packages.”

Bell spokeswoman Jacqueline Michelis noted “It’s a clear competitive opportunity for all carriers and Bell’s ready for it with the major investments we’ve made in networks, mobile services and distribution,” while also adding it’s an opportunity to upgrade existing customers not on 4G LTE to the faster network, which is already being accessed by half of their wireless userbase.

TELUS spokesperson Luiza Staniec added “Telus tends to do well when a lot of Canadians are looking for a new carrier, like the back-to-school period and Christmas. We expect we will do well at this time as well.”

Right now we’re seeing BYOD promos being offered for limited time from Fido, Virgin Mobile and Koodo that are offering $10 discounts on unlimited Canada-wide calling plans with 1GB, 2GB and 3GB offerings (ranging from $45, $55 and $65 per month). Fido doesn’t offer voicemail with its plans, but some users have been able to get it added to the $45 option, along with International texting.

Are you part of the ‘double cohort’? What are your plans once June 3, 2015 rolls around in one week today?