We previously saw how Koodo launched a $75/10GB Canada-wide calling plan, which was matched by Fido and Virgin Mobile. Now, we’re seeing some new promos to reduce this plan even further for BYOD customers.

For customers walking by the mall and seeing a $65/10GB plan advertised, that will draw in some crowds as it is reminiscent of last year’s wildly popular $60/10GB holiday promo.

We spoke with Koodo and Fido locations in Ontario to confirm the promotion, but stores in BC did not offer this as of writing.

Users on RFD are also seeing this plan being advertised as well, with Fido locations noting the plan includes 1000 international long distance minutes as well and “5 hours unlimited data”.

Other plans being offered from Fido after the credits for 12 months include: 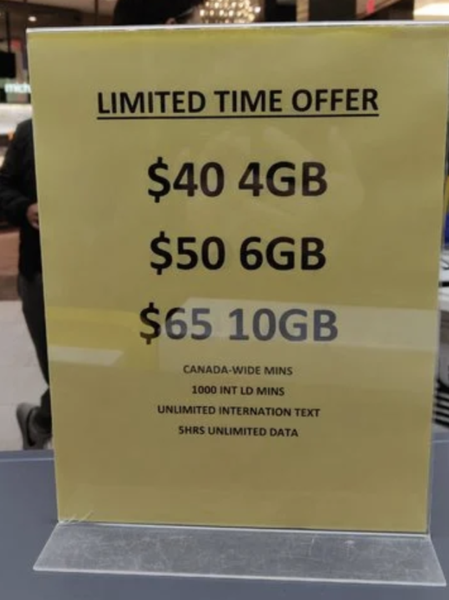 Again, this offer is not available online it seems and is targeting customers and foot traffic in-store during this busy Black Friday shopping weekend.