If you don’t need a lot of data, Fido, Virgin Mobile and Koodo Mobile are all simultaneously offering some data bonus promotions, and in Quebec, a $35 plan with 2GB of data is available.

The plan includes unlimited Canada-wide minutes and messaging, while data overages are billed at $7/100MB or $70/1GB. 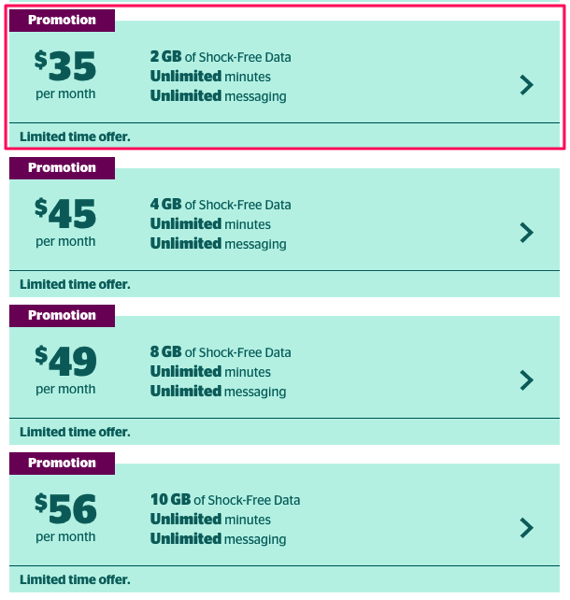 Normally, this plan costs $45 per month outside of Quebec (aside from MB/SK), so residents in the latter can save. At $35/2GB, this pricing undercuts the Quebec regional wireless carrier, Videotron, as it has a $37.95 BYOD plan with only 1GB of data.

Koodo is currently offering another promo right now for some customers, bringing back the $60/10GB plan–but eligible for Tab Medium.