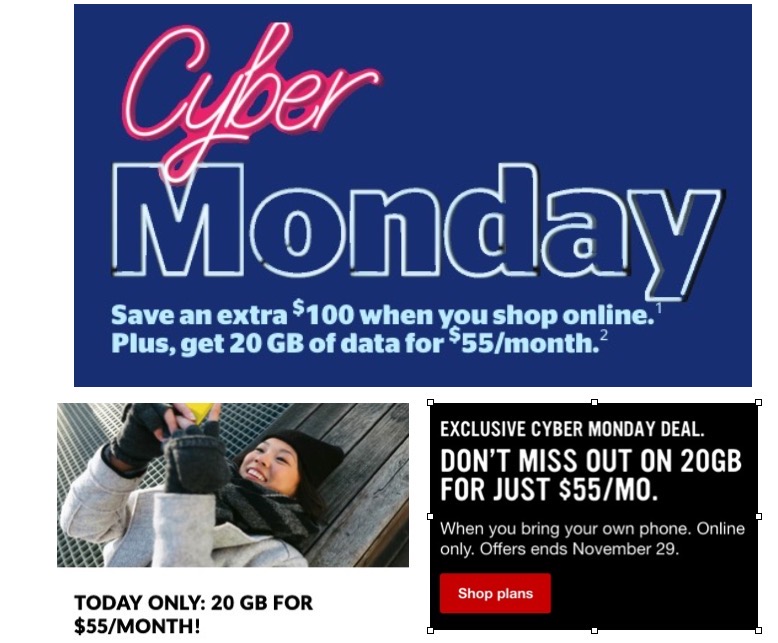 The flanker brands of Canada’s ‘Big 3’ carriers have all simultaneously offered a bring your own device (BYOD) promo plan for Cyber Monday 2021, in the form of a $55 plan with 20GB of data.

The offer is actually the $60/15GB plan but with a $5 discount and 5GB of added bonus data, to make $55/20GB. It’s being advertised as being available only today for Cyber Monday, available for new activations and hardware upgrades.

All plans include unlimited nationwide calling and international SMS/MMS and the usual extras.

Some dealers are offering the promo $50/12GB plan for $40 per month, so good luck in your hunt for the next best wireless ‘deal’.