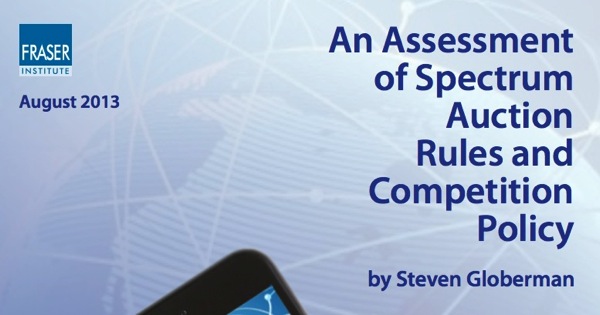 “The goal of achieving and maintaining a competitive market is not the same as having a minimum number of competing firms,” said Steven Globerman, Fraser Institute senior fellow and Kaiser Professor of International Business at Western Washington University.

“By setting up rules that handicap the three large Canadian telecoms and favour small or new players in the marketplace, the federal government is effectively subsidizing new entrants and promoting inefficient competition. This could make most consumers worse off, rather than better off.”

Steven Globerman, known as an “expert on trade and investment and a former consultant to Industry Canada and the CRTC” says the existing wireless marketplace is indeed competitive. A better solution he suggests would be for Ottawa to remove foreign ownership restrictions on Canadian telecoms and allow outside investors to enter the country through mergers and acquisitions. This would increase competition as existing companies would be incentivized to improve service and pricing:

“Just the threat of a takeover gives companies a greater incentive to provide customers with better pricing and service.”

The Competition Act would be better suited for dealing with anti-competitive behaviour by incumbents, rather than have government intervene and establish rules. The Fraser Institute has been described as a think tank with conservative and libertarian views.

What do you think? Would lifting foreign ownership rules make incumbents more inclined to provide better service and pricing?