You may recall that, in earlier tests published by PC Mag, Wind Mobile’s network failed to impress with both its download and upload speeds. But that’s history now: Wind has been acquired by Shaw, recently rebranded as Freedom Mobile and launched its own LTE network in November 2016.

In an interview with MobileSyrup, Brian O’Shaughnessy, Freedom’s executive vice-president of technology services, explains the recent period during which users experienced various issues, such as being unable to connect to LTE speeds in downtown Vancouver and Toronto. Freedom said optimizations were needed for the network to go truly live.

With the pieces of the puzzle now in place, Freedom seems to be ready to face the competition. Its internal testing shows that they are on a par with the incumbents. “We think that, based on testing our competitors and ourselves, we’re the same or better than their typical speeds”, said O’Shaughnessy, adding that beyond speed, stability is an important feature of its new network.

Although the number of devices supporting Freedom’s network is currently limited, the carrier expects to see in increase in its device portfolio soon.

So how does Freedom Mobile’s network compare to that of the incumbents? According to tests using Speed Test by Ookla, users can get 45.81 Mbps average download speed, 26.79 Mbps average upload speed and 19.42 ms average latency. This is better than Rogers, which averaged 20.17 Mbps for downloads, 11.59 Mbps for uploads and 31.71 ms for latency, says MobileSyrup. 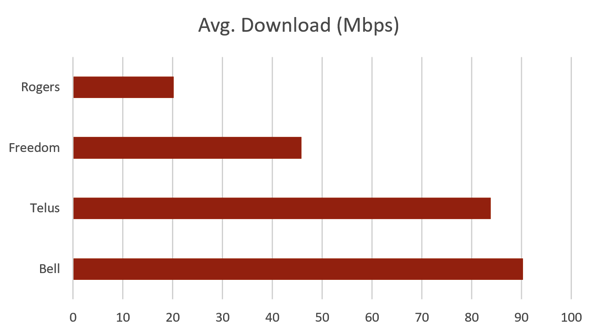 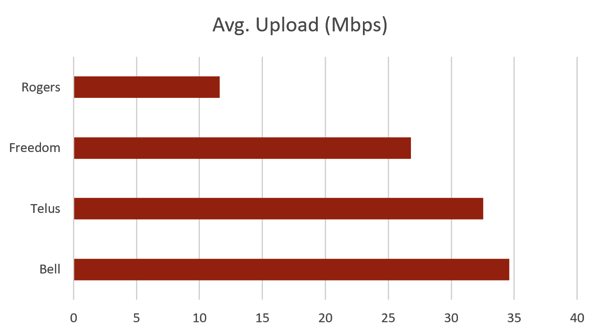 You can read the whole report on MobileSyrup by following this link.

SaskTel has today announced the expansion of its 5G wireless network to a number of communities in rural Saskatchewan, including the Town of Davidson and the Nekaneet First Nation. SaskTel 5G is now available in the following rural communities of Saskatchewan: Baildon Craik Davidson Ituna Turtleford Nekaneet First Nation “Our government recognizes how important wireless connectivity has...
Usman Qureshi
4 hours ago

Shaw Communications on Tuesday announced consolidated financial and operating results for its fiscal quarter and year ended August 31, 2022. The company reported consolidated revenue of $1.36 billion for the quarter, down 1.5% year-over-year. This includes $325 million in earnings from the Wireless segment as a whole, up 1.2%. Adjusted EBITDA for the period dropped...
Nehal Malik
6 hours ago