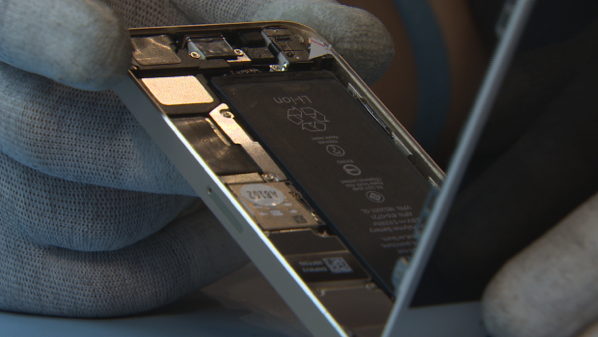 If Freedom Mobile wanted the attention of the press, it now has it: The recently rebranded carrier has publicly apologized for selling a refurbished iPhone with counterfeit and aftermarket parts to one of its customers.

That’s publicity for Freedom Mobile, but not the type it wanted, and how this could have happened is still unknown. Benjamin Thomas purchased what he thought was a new iPhone 5s handset for $300 from a Freedom Mobile store near Queen Street East and Sherbourne Street in March.

But problems appeared shortly after he took the iPhone out of the box: The battery was dying at 20%, the casing didn’t sit flush across the device, and a friend later noticed that the photo quality didn’t match that of his iPhone 5s.

After CBC Toronto took the faulty handset to the wireless repair shop Fixt for examination, they discovered some interesting things: The iPhone 5s’ casing, screen, battery and even camera were made of aftermarket parts. Some of them had been reprinted with a forged Apple logo.

After taking the handset apart, technician Thomas Wolanczyk summarized: “It’s an iPhone, but not an iPhone”, he said, adding that similar phones are increasingly common, though they’re usually found on Kijiji or Craigslist.

The twist in the story is that Freedom Mobile doesn’t officially sell iPhones, but when CBC Toronto visited the carrier’s store that Thomas said sold him the iPhone 5s and asked for an iPhone, a salesperson retrieved two iPhone models from the store’s back room. The catch is: One had an aftermarket glass screen protector already attached; the other was in an incorrect box.

Freedom Mobile’s vice president of sales and distribution told CBC Toronto that retailers “are not in any way authorized to sell these devices”.

“Unfortunately, our dealer at this particular location made a mistake and should not have sold this device to our customer,” he said. “We sincerely regret and apologize for the inconvenience caused.”

Ultimately, Thomas did end up with an iPhone: an iPhone SE that Freedom Mobile bought him for $579 from the Apple Store.