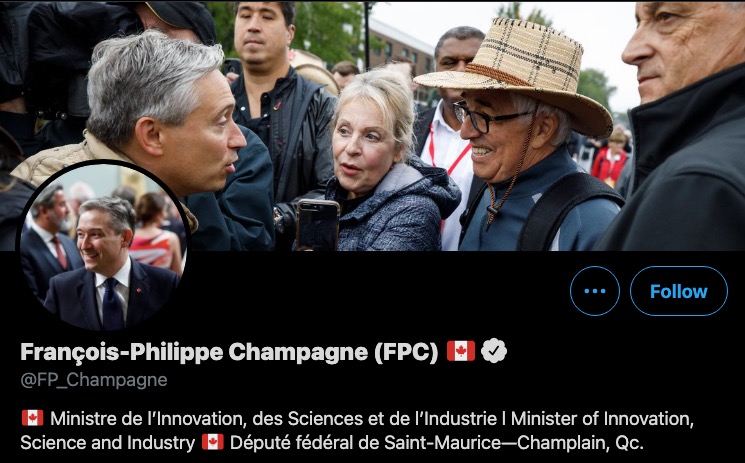 Canada’s Minister of Innovation, Science and Industry, François-Philippe Champagne, has released a statement on the news of Rogers acquiring Shaw on Monday morning.

According to Champagne, he said in a statement, “We have been clear that greater affordability, competition and innovation in Canadian telecommunications are as important to us as a government as they are to Canadians concerned about their cell phone bills.”

“These goals will be front and centre in analyzing the implications of today’s news.”

Back in January, Champagne replaced Navdeep Bains as ISED Minister, after the latter retired. Champagne was the former foreign affairs minister under the Liberal government.

“This transaction will be reviewed by the independent Competition Bureau of Canada, the CRTC, as well as ISED and we won’t presuppose the outcomes of these processes,” said Champagne.

Overseeing the Rogers-Shaw deal will be one of the biggest decisions in Champagne’s new role as ISED Minister, one that could change the wireless landscape if a viable fourth player is eliminated.

The Rogers deal would see the latter acquire Shaw for $26 billion, a deal that has been approved by the Shaw Family Trust to proceed. The deal would see an acceleration of 5G networks out in Western Canada, according to both companies.

TekSavvy announced on Monday it has launched a new referral program in time for the holiday season, offering both parties $120 in bill credits each. The new “Give $120 and Get $120” program is “about pivoting from spending on unnecessary items to sharing savings between customers and their friends or family,” said a spokesperson in […]
Gary Ng
12 hours ago