Some Canadian telcos have successfully implemented various methods to improve customer satisfaction, and the results are visible: In 2016, overall wireless customer care satisfaction has risen to 738, up from 715 in 2015, on a 1,000-point scale, according to the J.D. Power 2016 Canadian Wireless Customer Care Study emailed to iPhone in Canada.

There are carriers, though, which go the extra mile, and this year the crown goes to Koodo Mobile, whose customer satisfaction index is 798 points. Koodo is closely followed by Videotron, with 790 points, while in third place we find SaskTel with 785 points, followed by Telus with 771 points in fourth. Rogers and Bell are at the bottom of the list with 707 and 706 points, respectively. 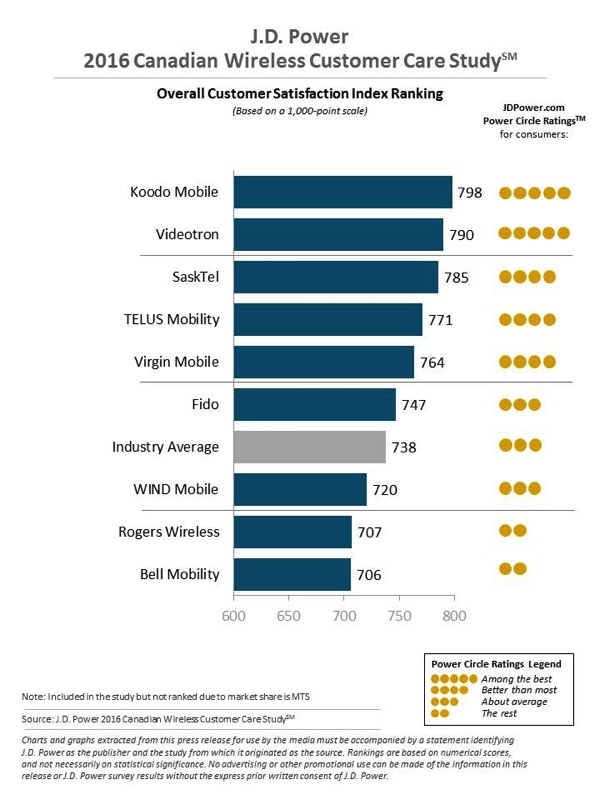 What they have found is that Canadians are moving away from traditional phone contacts and adopting instead a self-service approach to resolving issues with their carriers. To do that, they use the online tools mostly preferred by Millennials who are digitally connected, but other age groups are likely to follow this example.

Xplore, formerly known as Xplornet, announced on Thursday it has doubled internet speeds in New Brunswick. Previously, internet download speeds were at 50 Mbps, but they are now at up to 100 Mbps for over 21,000 homes and businesses in the province. “As our home province, New Brunswick has been our launching ground for next-gen […]
Gary Ng
20 hours ago