What looked like a great business opportunity for Rogers and Shaw, and a secure income for more than 100 employees working on the project, has ended badly after two short years: At the end of November, Rogers will pull the plug on its movie streaming service.

This also means that employees working on this failed project will be out of the job. So, now that the news is out, they have decided to do something about it. MobileSyrup has spotted a website set up by a group of “shomies” offering the services of the Shomi team.

The website, hireshomi.com, organized the available “shomies” by departments such as admin, content, data and insights, Q&A and more. 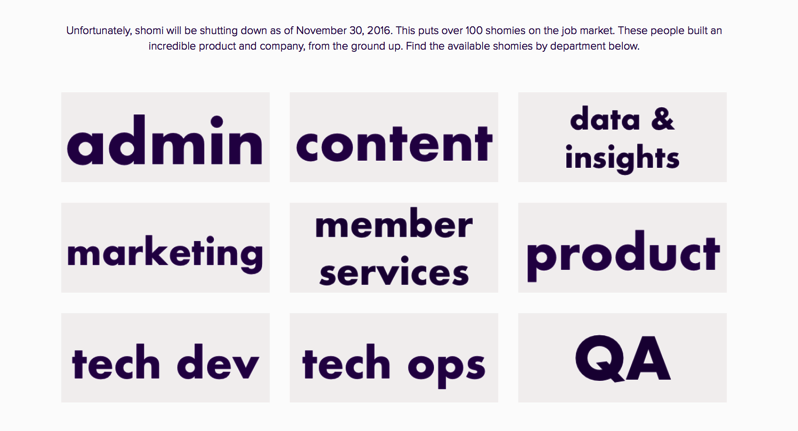 Rogers’ announcement from this week came as a surprise to many when the carrier said it is set to lose up to $140 million in the third quarter of this year due to shomi and its ongoing investments and future liabilities; hence it will stop pouring money into the streaming service.

Shomi was launched in the fall of 2014, and last spring an Apple TV app also went live but apparently couldn’t compete with the services already available in the market: Netflix and Bell’s Crave TV.

Here are the latest Canadian cellphone plan and device deals, plus other promos from wireless carriers such as Rogers, Telus and Bell, from our partner PlanHub. As always, the promos may change at the last minute, but here they are as of Wednesday, October 5, 2022. Check them out below… Bell Noticeable price changes: Get a […]
IIC Deals
22 hours ago