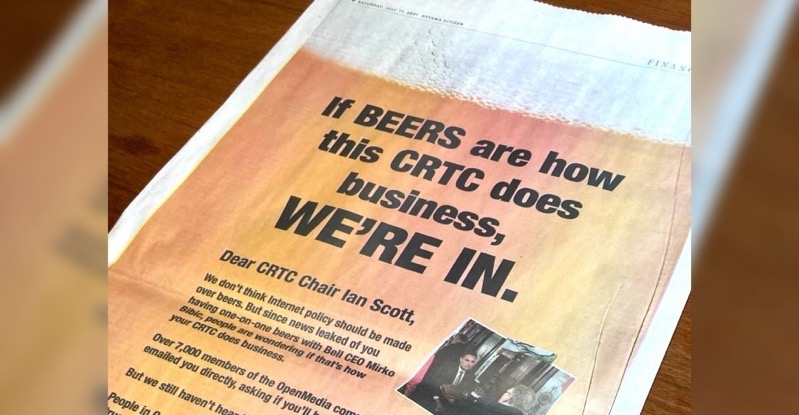 Scott, a former Telus executive himself, was meeting one-on-one in a registered lobbyist meeting at pub Darcy McGee’s in Ottawa, Ontario.

Optics of the meeting looked bad as it was “just one week after the CRTC opened an active file to hear Bell’s application to reverse the 2019 Final Rates Order, which the regulator recently arbitrarily approved,” explained TekSavvy.

Now, consumer advocacy group OpenMedia has continued to push for a meeting with Scott, this time taking a full-page ad in the July 17th edition of the Ottawa Citizen to get its point across.

“If beers are how this CRTC does business, we’re in,” reads the headline of the ad. “We don’t think internet policy should be made over beers. But since news leaked of you having one-on-one beers with Bell CEO Mirko Bibic, people are wondering if that’s how your CRTC does business,” continues the ad. 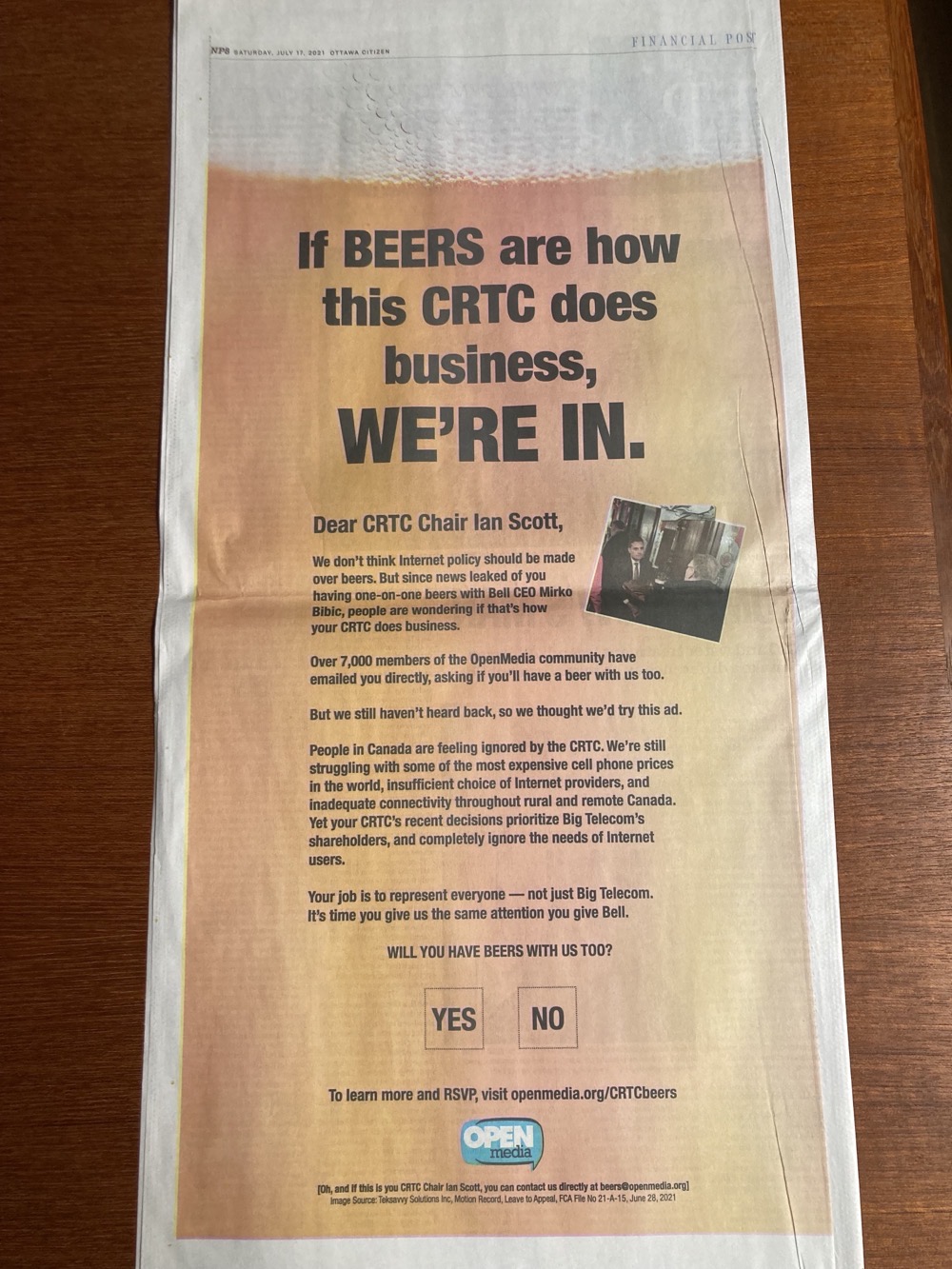 At the end of the ad, it says “your job is to represent everyone—not just Big Telecom. It’s time you give us the same attention you give Bell.” The final question asks, “will you have beers with us too?”, with the fine print asking Scott to email the non-profit directly by sending an email to beers@openmedia.org.”