Last week, Rogers, Telus and Bell were all offering promotions on their unlimited data plans, with a $75 plan coming with 20GB of data, saving you $20 off the regular price.

This week, Rogers, Telus and Bell are offering the same 20GB unlimited data plan, but instead of doubling the $75 plan to 20GB, the $95 plan has been discounted by $10 off, down to $85 per month.

The Telus Peace of Mind Connect 20GB plan and Rogers Infinite 20GB are both showing at $85 per month. These plans have no data overages, as once you exceed your allotted data, speeds are throttled to 512 Kbps. They include unlimited nationwide calling and text messages and shareable data. 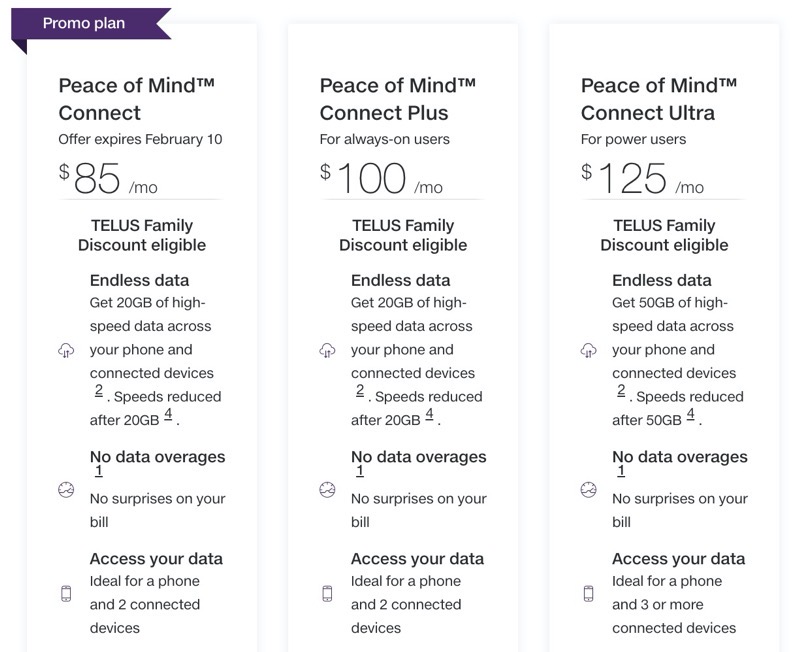 Bell also has a promo $85/20GB unlimited data plan, listed on its cellphone plans site, under the promotions tab.

According to the Telus website, their promo plan expires on Monday, February 10, 2020.

Update: Telus also has a $75/20GB Peace of Mind plan available as well. Bell has also added a $85/20GB plan and this story has been updated accordingly.