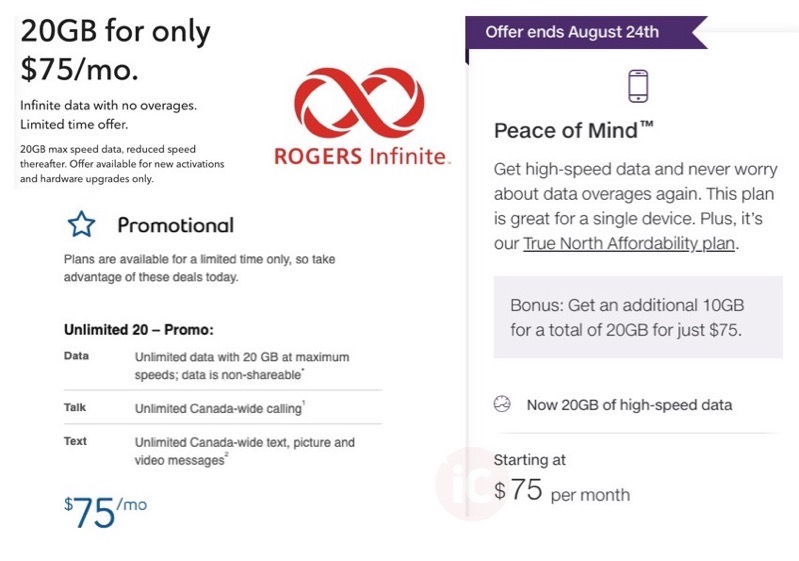 Rogers, Telus and Bell have all simultaneously debuted promo plans this weekend offering 20GB of ‘unlimited’ data for $75 per month.

Canada’s wireless incumbents have been flip-flopping between $75 and $85 per month for 20GB of ‘unlimited’ full speed LTE data throughout the year, but as we head into back to school season, it appears $75 is the magic number.

Originally, all three were offering 20GB for $85, but Telus made a change on Thursday evening to $75 (after announcing back to school promos), which was quickly matched by Rogers and Bell since.

These ‘unlimited’ data plans will see throttled data at 512 Kbps once your allotted 20GB is exhausted. Normally, this plan is $95 per month so the “savings” are $20/month.

The Rogers plan includes shareable data with other devices, but Telus requires you to pay $10 more for a Peace of Mind Connect plan at $85/month.

These plans are eligible for bring your own device and include unlimited Canada-wide calling and unlimited text messages, plus usual extras like voicemail and caller ID.