CBC Marketplace once again called on Canadians to share their cellphone bill horror stories, and they’ve finally published their segment. Three bills related to Virgin, Bell, and Rogers have made the three finalists for worst bills.

Co-host Tom Harrington looks into some incredible cases, including a woman being asked to pay a cancellation fee even though she’s being deported, and an octogenarian war veteran who’s out of pocket because his minutes expired.

On one hand, it’s ridiculous that our telcos can get away with charging such incredible overages and fees. Yet, the other side of the coin falls on users to be responsible by reading up on their contracts when roaming. Nonetheless, customer service is something all carriers should work to improve on.

The segment is somewhat humourous and it sure does illustrate how wacky Canadian cellphone policies are. Warning, you will get angry when you witness how horrible some customer reps are.

Click here to watch it, and tell me what you think about the segment in the comments! 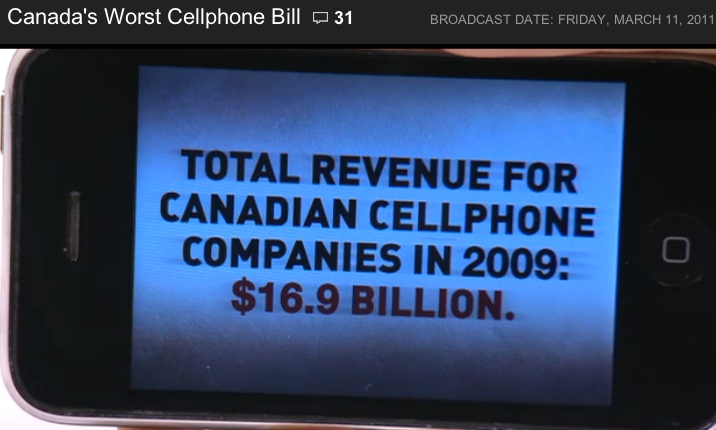