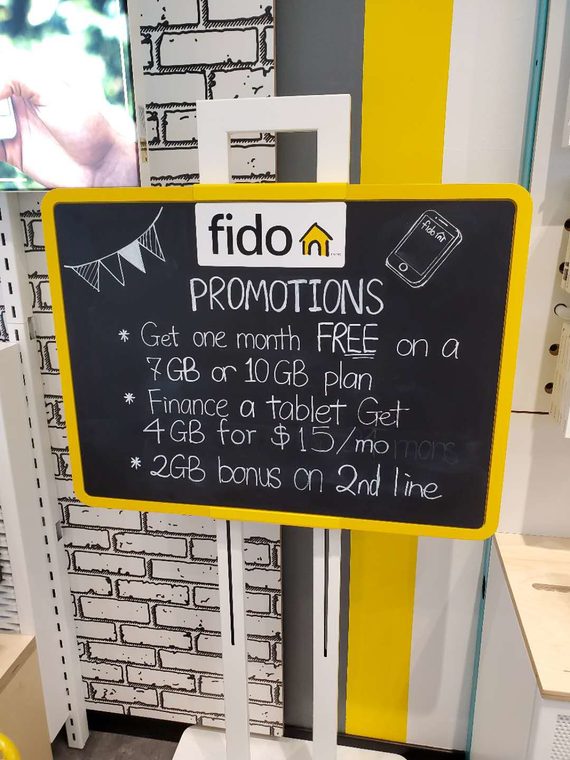 The nation’s capital city of Ottawa, despite being in Ontario, can get cellphone deals due to its proximity to Quebec, and the regional carrier Videotron operating in the latter.

The latest comes from Rogers-owned Fido, which is offering $40/6GB and $50/9GB bring your own device (BYOD) plans for customers adding a second line.

Yesterday, I just got an amazing cell phone deal for my mom in fido store. I switched her number from bell to fido and put her number in my account .

So, at end of day. I got a $50 9GB plan for her and also they offered me first month free to cover the activation fee and 3 month free protection plan.
this plan is even better than black friday deal.

This promo offers a 2GB data bonus for second line activations, plus $5 off per month, and waiving the $40 activation fee.

According to what we were told out west, Fido has a similar 2GB data bonus available for new second line activations, while also offering $5/month off. This applies to second line plans priced $50/month or higher. The promo also offers a possible 2GB data bonus for the main line as well, while it is also possible to get the $40 activation fee waived.

Videotron currently offers Zen plans with a 100GB bonus per year to avoid overages, starting at $60/6GB (12th month free if you BYOD). These Fido plans in Ottawa seem to target Videotron again, as they offer a lower monthly second line plan with more initial data (but potential for overages).