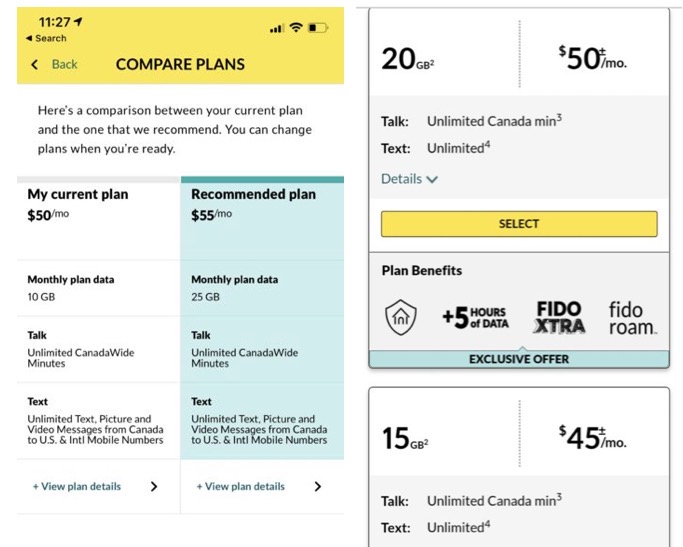 The Fido app is offering up some special plans to select customers, so it may be worth checking your account to see what’s available.

According to users on RFD, the Fido app is offering the following plans, with reports of them showing up in Ontario, Quebec and British Columbia:

All plans include unlimited Canada-wide calling and text messages, plus the usual extras.

Again, this is one of those ‘your mileage may vary’ deals, as not all users are seeing these special plans available. But if have been looking for an upgrade or downgrade, you may want to check your Fido app for these offers.

Let us know what you’re seeing being offered in the comments below.