If you have Fido Home Internet available in your area (Ontario), the company is offering a $150 bill credit for new customers, available until July 4, 2017. 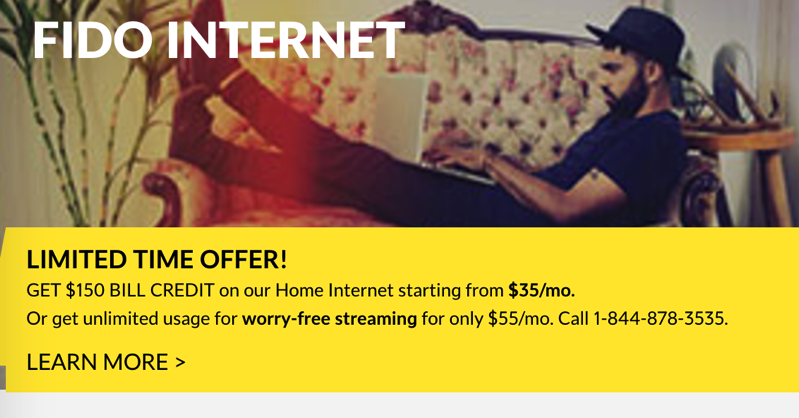 There is a $49.99 technician install fee if you decline self-install or request a technician visit.

Some RFDers note if you recently signed up, try calling in and asking for the credit. Or if you are beyond that, you could try cancelling and signing up as a new customer under your partner’s name.