Earlier today we shared a text offer Bell was sending out to customers, but now here’s an offer from Rogers flanker brand Fido.

According to iPhone in Canada reader Don, he received the following text message offer from Fido yesterday. Here’s what it read:

Hi Don, it’s Fido. We have a fresh deal just for your. Until , get the incredible iPhone X for $369 on an incredible 10GB exclusive Fido Pulse plan for only $100 per month on a 2-year plan! Get it online (fido.ca/upgrade) or in a Fido store and mention promo code LOYALHUP. A price plan change may be required. 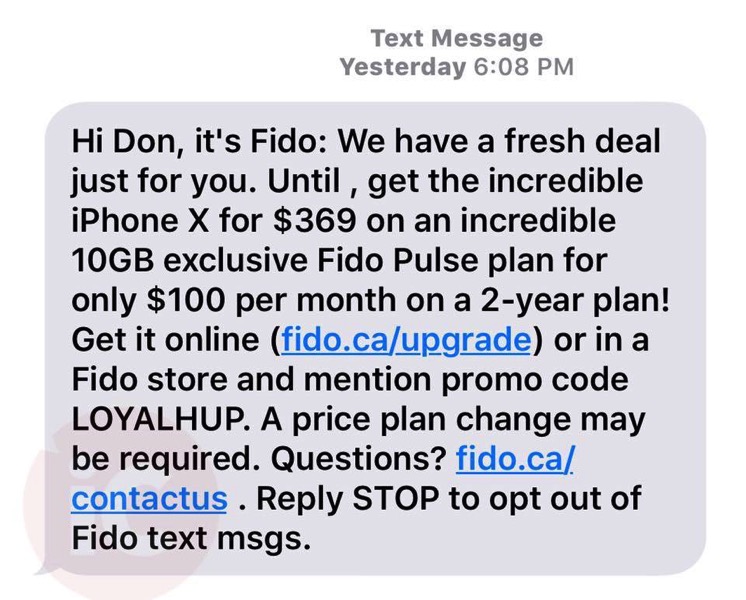 Currently, an entry iPhone X is priced at $399 upfront on a two-year term and Fido Pulse plan with 10GB of data starts at $155 per month (not taking the current 3GB bonus data into account) for 500 nationwide weekday minutes. This promo at $100 per month saves $55 per month compared to Fido’s regular pricing, or $1320 after 24 months, for those who seek contracts.

Did you get any text offers from Fido lately?