We Ask Rogers: Will Fido’s ‘My Account’ iPhone App Ever Get Updated?

Are you a Fido customer? If you are, you probably are aware the company’s My Account iPhone app remains stuck in time—it hasn’t been updated since July 20, 2011. In four months, it will mark four long years since the app has remained an afterthought in the App Store.

How far ago was July 2011? That was when iOS 4 was still widespread (iOS 5 was released in October 2011)—check out the app’s dated design below: 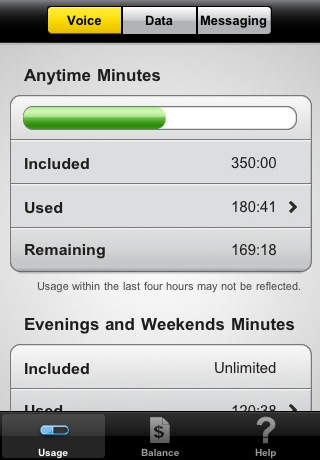 Compare this to the My Rogers iPhone app, which has received periodic updates, with the most recent coming last October. As for the Fido My Account app for Android, it last saw an update in April of 2013.

Brands that compete with Fido, such as Bell’s Virgin Mobile, had their iPhone app updated as of March 5, 2015, while TELUS’ Koodo Self Serve app last saw an update back on January 24, 2014.

We asked Rogers if an update was coming for the Fido app, or if an all-new replacement app was in the works. A company spokesperson responded with the following:

We’re always looking to improve our apps but don’t have any information to share at this time.

Another dormant Fido app is their Navigator GPS app, which quietly remains in the App Store.

Fido customers have expressed their concerns about the lack of updates, as the app has 679 one-star ratings out of 1,025 overall ratings. People aren’t happy and can only hope an update will be coming soon: 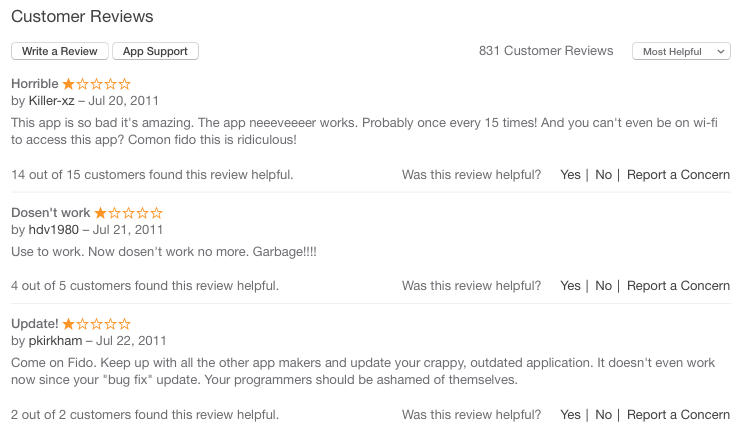 Are you using Fido’s My Account iPhone app still?