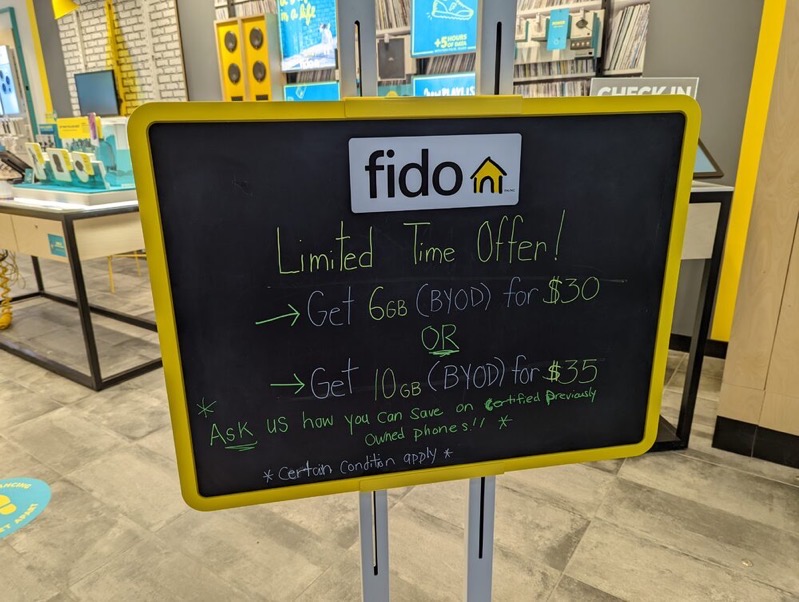 The Fido store at Billings Bridge Shopping Centre, in Ottawa, Ontario, has some special bring your own device (BYOD) promos going on right now.

What’s available are the following plans for new lines, according to RFD, which says the savings are for 12 months only:

If you are starting two lines on the same account, the $50 activation fee can be waived, we’re told.

Usually, there are wireless deals to be had in Ottawa, with Quebec located just across the river, as Videotron operates competitive plans, putting pressure on the ‘Big 3’.

Fido’s website normally offers 6GB for $45 and 10GB for $55, so these promo plans are significant versus regular pricing.

The Billings Bridge Fido store said on the phone the promo plans above are still available as of today, but did not say when they would be expiring.