If you’re a Fido customer, you may want to check your account online to see if there’s a free 15GB data bonus waiting for you.

Once signed into your account, you might see the heading “your exclusive bonus data offer” waiting for you.

“15GB/month just for you,” explains Fido. “We think you deserve more so we’re giving more data for free. Yeah, you read that right. We’ll add a 15GB data bonus on your current plan today—no added cost, no new contract, no kidding!”, says the offer. 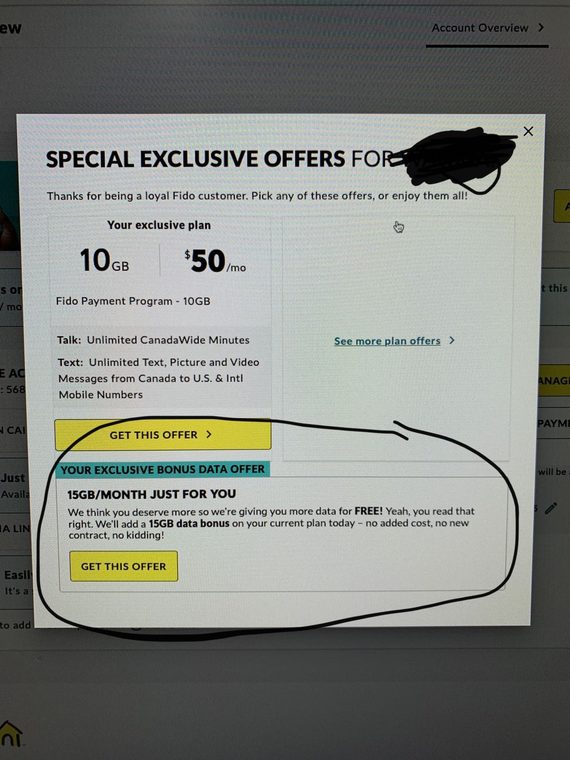 Why the free data offer from Fido? It could be one way for the company to retain customers from jumping ship to competitors.

There doesn’t appear to be an expiry date on this promo. Let us know if you received this data bonus offer.

Rogers's claims that the company overpaid property taxes on its fibre-optic cables for the 2021 tax year by $2.2 million because of a B.C. Assessment error have been rejected by a B.C. judge — reports CTV News. The telecom giant was seeking an order of "mandamus," a legal term for a ruling that would require...
Nehal Malik
24 hours ago