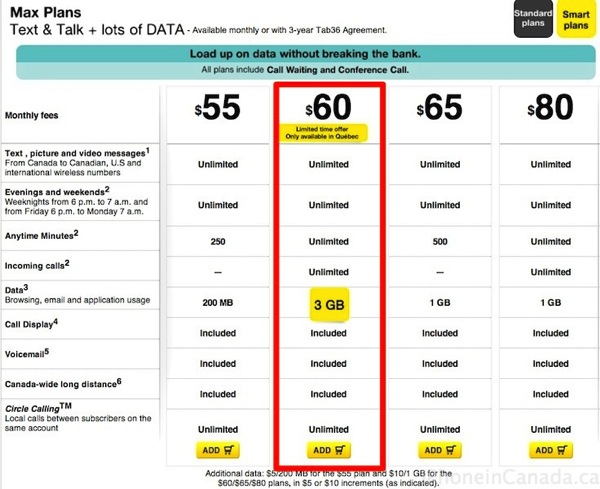 This plan is likely a response to Videotron’s unlimited Canada/USA voice promo with 6GB of data, which is no longer available.

Also, residents in Manitoba and Saskatchewan have their own special offers, such as the following unlimited Canada-wide Smart Plans (2 year agreements) for $45 with 1GB of data ($5 cheaper than other provinces) and $60 with 5GB of data (2GB data in other provinces): 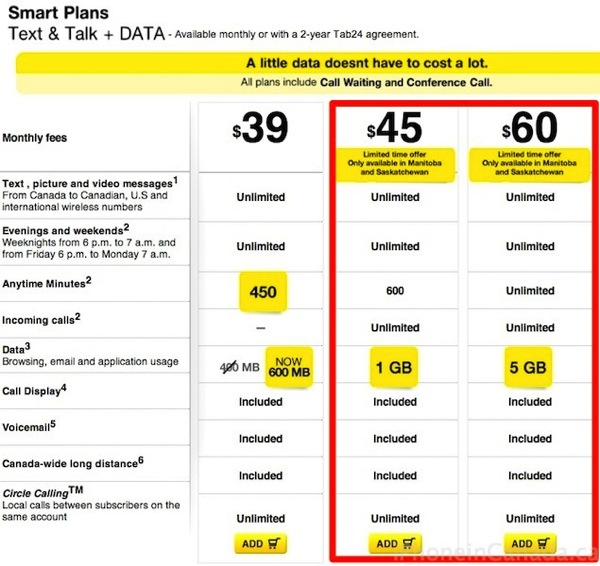 If you want to avoid contracts, you’re best bet is to buy your own unlocked iPhone to use with one of these plans. Let us know if you’re going to jump on this!