Last October, Rogers CEO Guy Laurence “stepped down” from his position, in surprising news for the cable and wireless industry.

In a new exposé from The Globe and Mail, a picture has been painted on why Guy Laurence was fired, based on conversations with 20 unnamed current and former Rogers employees.

It turns out, the majority of issues stemmed from Laurence and his “brash” style, which butted heads with the ruling Rogers family and associates. 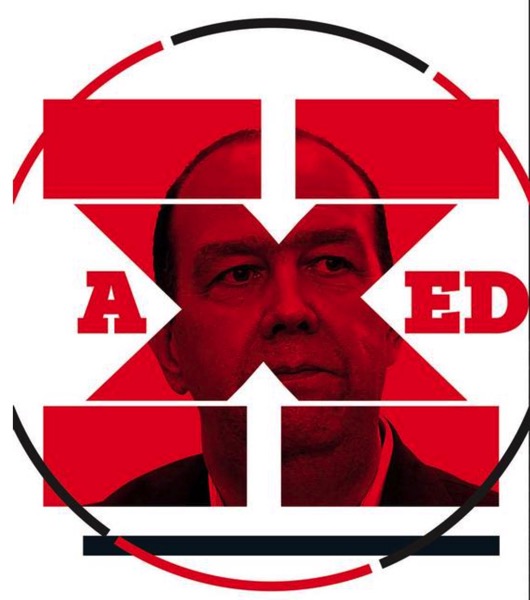 The report (subscription required) details how a key moment the decision by the Rogers family to oust Laurence was when the company’s in-house IPTV solution ‘Eclipse’ was demonstrated. Edward Rogers, son of the late company founder, wanted the idea of licensing Comcast’s solution instead. Laurence didn’t agree and insisted Eclipse would launch (it never did).

Laurence essentially wanted to run Rogers as a regular public company, without having interference from the existing ruling family, including children Edward, Melinda and “creaking friends-of-Ted who still littered the upper ranks.”

One such friend was Phil Lind, who joined the company in 1969. He told Globe his thoughts on Laurence, saying, “Over all, he consistently missed on a number of key internal metrics,” adding “He made a number of commitments that he didn’t deliver on, and he treated employees in a condescending and arrogant way.”

Laurence wasn’t making any in-roads with the family and old guard at Rogers:

“Edward and Phil both kind of work that way. They have their retainers, their faithful, and they are protected whether or not that’s in the interests of the company,” says one long-time Rogers executive. “So Guy had two big, board-based enemies, right off the top. And that’s an issue.”

Laurence responded to Lind’s allegations by saying “I have no wish to get into a slanging match with Phil Lind, despite the obvious inaccuracies in what he has said.”

Another contentious issue was Laurence’s idea to bring an open concept office strategy at Rogers, which did not sit well with many managers:

The office overhaul was “designed to attack bastions of entitlement and break down the hierarchical structure” of the company, says one Rogers insider. “There are a lot of entrenched powers…and none of them were into the sharespace thing.”

As for the moment when Laurence found out he was fired? It was right around when the management shake-up was announced:

Soon after the Eclipse presentation, on a crisp mid-October Sunday, Laurence, who had a habit of working seven days a week, was in the office, preparing to release the company’s latest quarterly numbers the following week. He had a meeting with board chairman and long-time Rogers family ally Alan Horn, at which he expected to review the financials. Instead, Horn broadsided him with the news he never expected to hear: The board had decided to fire him. It’s now been seven months since Laurence was axed.

As for the in-house ‘Eclipse’ IPTV project the former CEO touted? It was ditched, with Rogers taking a $484 million write down, and eventually licensing Comcast’s X1 solution only two months after Laurence was gone.

Rogers and Shaw today announced an extension of their proposed $26 billion merger, along with the sale of Shaw-owned Freedom Mobile to Quebecor’s Vidéotron in a side deal that's part of the broader transaction, to February 17, 2023. "All parties remain committed to the pro-competitive transactions, which will deliver significant benefits to Canada and Canadian...
Nehal Malik
9 hours ago