During Apple’s ‘Let’s talk iPhone’ event, the company explained the iPhone 4S would feature 2X faster downloads compared to the iPhone 4. Maximum data speeds on HSDPA networks showed the iPhone 4S with a theoretical 14.4Mbps download versus 7.2Mbps on the iPhone 4 (images via Engadget): 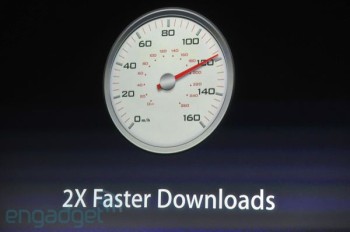 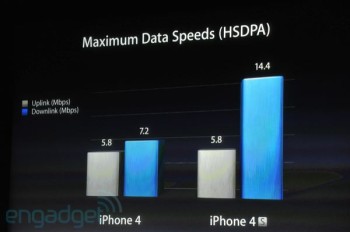 Are these claims accurate, and are they noticeable in Canada? I used the Speedtest.net app to put the Rogers network to the test. The results? iPhone 4S download speeds nearly doubled the iPhone 4 as advertised. Of course, your mileage may vary based on your location and carrier network. 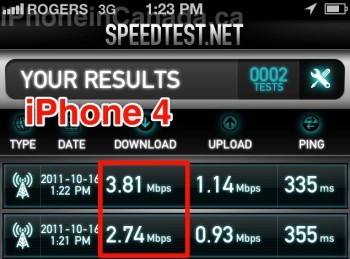 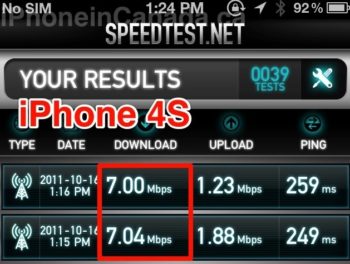 The loading of webpages in Safari over 3G were also noticeably faster, as this is a result of both the A5 chip and faster download speeds. Check out a video of my tests below:

What are your iPhone 4S network speeds? Tell us below in the comments using the following example format: