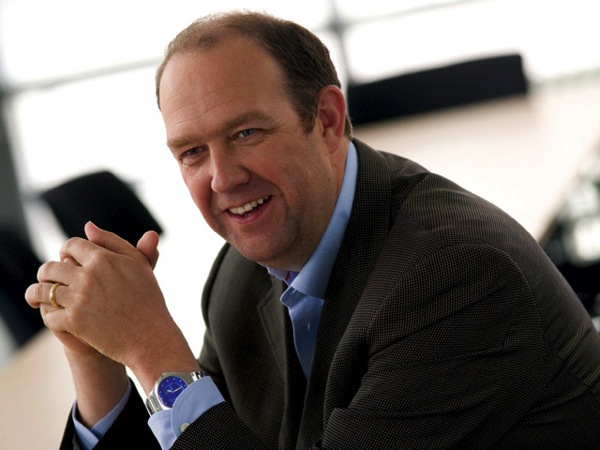 Rogers has announced their new president and CEO will be Guy Laurence, currently the CEO of Vodafone UK. The latter will replace existing CEO Nadir Mohamed on December 2, who previously announced his retirement earlier this year (he’ll be entitled to an $18.5 million retirement package) and also helped in finding his replacement.

“Rogers is an iconic and well respected company in a great country and I’m looking forward to joining,” said Guy Laurence. “Its unique mix of wireless, cable and media assets offer a brilliant platform to provide innovative service to Canadians. I intend to build on the strong foundation established under Nadir’s leadership to compete and win in the market.”

Laurence also has experience with media companies, as he formerly worked for MGM Studios, Carlton Television and Chrysalis Records.

Canaccord Genuity managing director Dvai Ghose tells the Globe and Mail the experience Laurence has dealing with European regulators will be helpful in dealing with Ottawa and their plans to increase wireless competition.

“We will also be looking forward to his pricing policies, as Rogers has arguably been overly aggressive in terms of wireless promotions this year, especially as such promotions do not tackle Rogers Wireless’ real challenge which seems to be churn and customer satisfaction,” Mr. Ghose said. “But perhaps his biggest challenge will be making peace with the Government in light of this summer’s Verizon wars which thankfully seem behind us.”

Since Rogers lured Laurence away from Vodafone, the latter plans to appoint its existing enterprise director, Jeroen Hoencamp as its replacement CEO, as the former has already resigned. In a statement, Vodafone said the following:

“Laurence has spent more than a decade with Vodafone in a variety of senior positions,” Vodafone said. “During his time in the U.K., Laurence has transformed the business into a more customer-focused operation, secured a network sharing agreement with Telefonica UK, integrated cable and wireless Worldwide and most recently launched Vodafone UK’s 4G service.”

A brand new CEO from the other side of the Atlantic will be interesting for Rogers; let’s see what he will do in his first 90 days.

Rogers's claims that the company overpaid property taxes on its fibre-optic cables for the 2021 tax year by $2.2 million because of a B.C. Assessment error have been rejected by a B.C. judge — reports CTV News. The telecom giant was seeking an order of "mandamus," a legal term for a ruling that would require...
Nehal Malik
5 days ago