Rogers today has announced its 5G network has expanded to reach 130 towns and cities. The company says “today’s expansion is just in time to support the latest 5G devices,” which hints at today’s highly anticipated Apple iPhone 12 launch.

You can see the list of all 130 cities and towns in Canada that now support Rogers 5G, adding 66 locations today in bold, below: 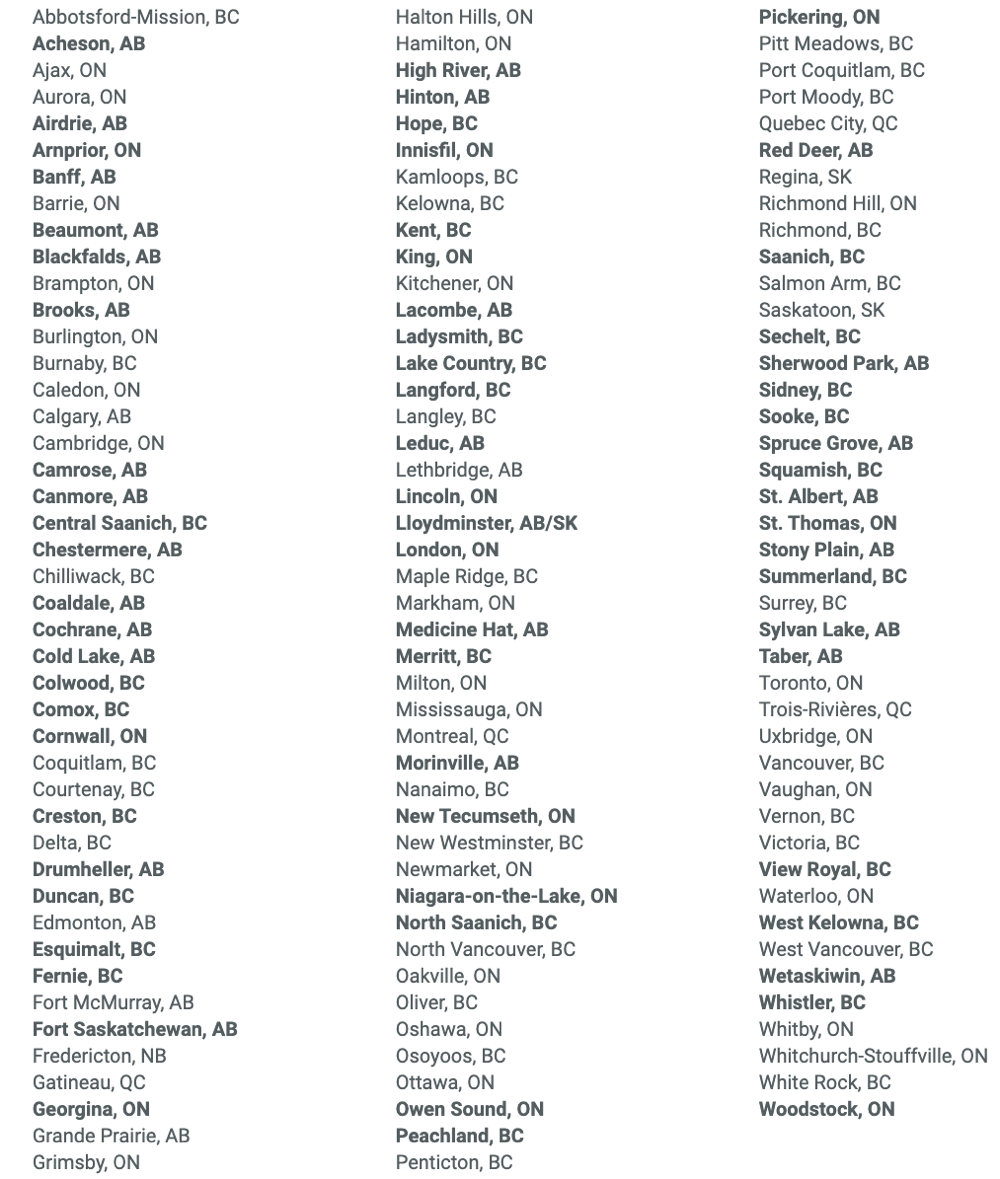 “We’re excited to roll out 5G to more communities large and small so that Canadians can use the latest 5G devices to their full potential,” said Brent Johnston, President, Wireless, Rogers Communications, in an issued statement. “With access to Canada’s largest 5G network, $0 down device and accessory financing, unlimited data, exclusive music offer and our Pro-On-the-Go service, there’s no question that Rogers is the best place to get the latest 5G devices this year.”

Rogers Infinite and Rogers for Business Shared Unlimited Data plan customers can get 5G network access at no extra charge. We previously reported Rogers had axed its $15/month charge that was pegged for spring of 2021. Rogers says there are over 2 million customers on its Infinite ‘unlimited’ data plans.

Rogers says aside from support for the latest 5G devices it also “now offers more than 10x the coverage than any other carrier.”