Rogers has confirmed on their Community Forums they will launch Apple Watch LTE cellular plans on Monday, September 17, 2018.

The full text of the update is below:

Re: LTE Apple watch support and plan
Hey everyone!

Thank you for your patience. Smiley Wink As many of you heard, we have great news!

We’re excited to announce Rogers will be carrying the all new Apple Watch 4.

Pre-order yours as early as Friday!

For those of you who may have the previous Apple Watch, you’ll be able to activate it. Our Apple Watch plans are going to be made available as of September 17th, 2018!

This means any customer who currently owns an Apple Watch Series 3 (GPS + Cellular) will be able to activate it as an additional line on their Share Everything plan or add it on a non-shared plan!

You must be on iOS 12 and WatchOS 5 to activate your Apple Watch.

Keep an eye on Rogers.com for the latest news! 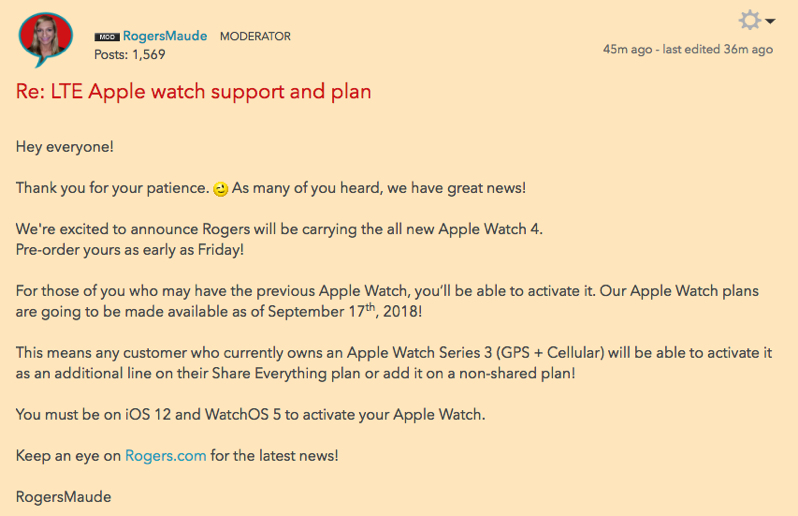 Earlier today at Apple’s iPhone event, it was confirmed on stage Rogers would finally support Apple Watch LTE models, along with Telus and Bell.

No word on pricing yet, but stay tuned for updates. Will you be adding your Apple Watch Series 3 LTE to Rogers?

Update Sept. 12, 10:12PM: The Rogers website has posted pricing for Apple Watch LTE plans, priced at $10 per month with 1GB data (thanks Jeremy): 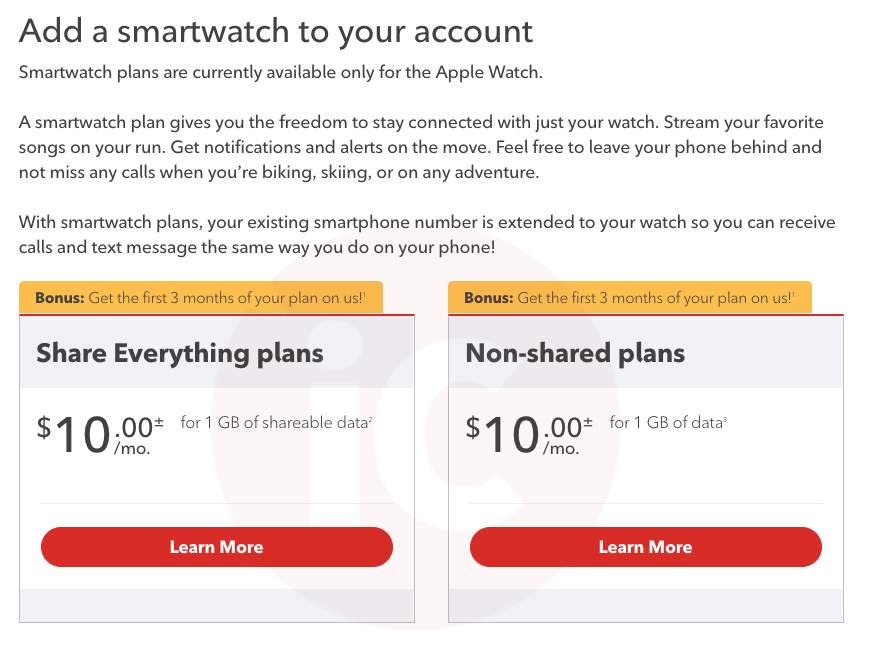 How to set up your Apple Watch cellular model on Rogers? The company details the following steps:

Update Sept. 13, 2018: Apple Watch Series 4 (GPS + Cellular) can be purchased for $0 upfront with affordable monthly payments on Easy Pay. Pre-orders launch on September 14 at 3AM PDT/6AM EDT on Rogers.com. It’s worth noting Rogers has a $30 premium on Apple Watch prices, compared to Apple.ca.

Torontonians and experts are once again calling for Rogers, Bell, and Telus to provide underground cellular service on the Toronto Transit Commission (TTC) subway amid an uptick in violent incidents, including stabbings, armed robberies, and assaults, on the line in recent months — reports CityNews Toronto. In 2012, BAI Communications won a 20-year, $25 million...
Nehal Malik
7 hours ago