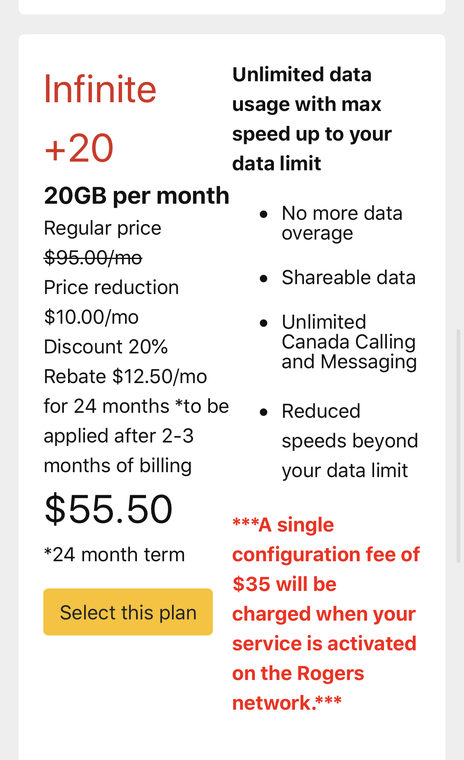 If your employer offers corporate plans from Rogers, you may want to check for the latest offers, as one promo apparently being offered is a $55.50 per month Infinite plan with 20GB of data.

Rogers Infinite plans don’t have data overages, but once initial data amounts are exceeded, speeds are throttled to 512 Kbps.

The Rogers Infinite plan with 20GB data is usually priced at $95 per month. But the EPP promo says the following three discounts all apply, according to RFD:

This plan offers unlimited Canada-wide calling and messaging, plus has sharable data. There is a $35 activation fee when setting this up. Again, your mileage may vary with this Rogers EPP promo, so it’s best to check with your employer.

Right now, Rogers, Telus and Bell are all offering $85/20GB unlimited data plans for this weekend, yet again.