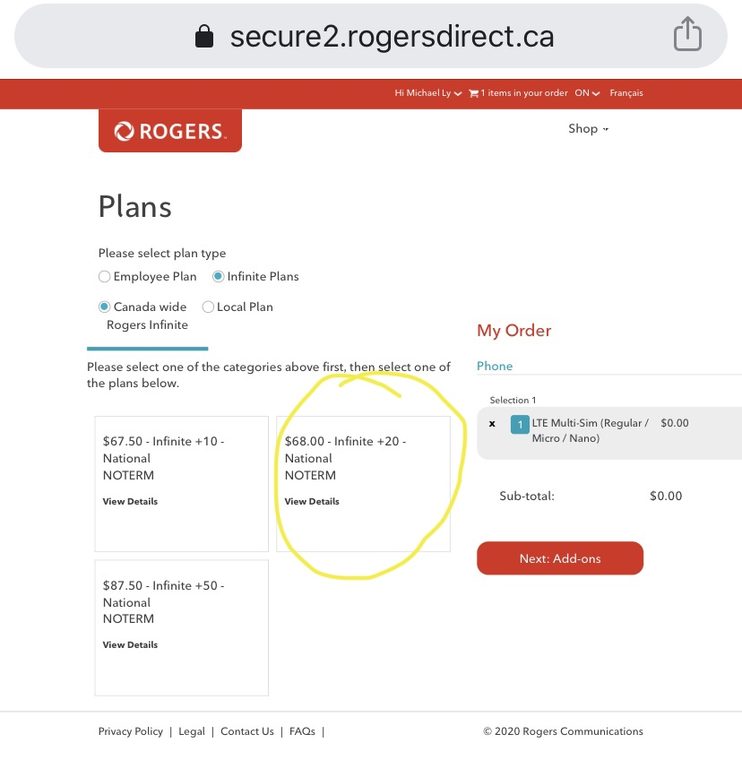 If your employer offers Rogers employee pricing plans, you may want to check for the latest promos, as right now a 20GB Infinite plan with unlimited data is available for $68 per month on bring your own device.

For non-EPP Rogers customers, the plan costs $95 per month for 20GB of data. However, this EPP promo has the plan available for $68, saving you $27 per month off the regular price.

More recently, Rogers, Telus and Bell were all offering 20GB unlimited data plans (with speeds throttled to 512 Kbps after initial data exceeded) on their websites for $75 per month.

Rogers today announced its unaudited financial and operating results for the fourth quarter and full year ended December 31, 2022. Overall, Rogers reported a total of $4.16 billion in revenue for Q4 2022, up 6% year-over-year from Q4 2021. Quarterly service revenue was also up 6%, to $3.43 billion. For the entirety of 2022, Rogers posted...
Nehal Malik
12 hours ago