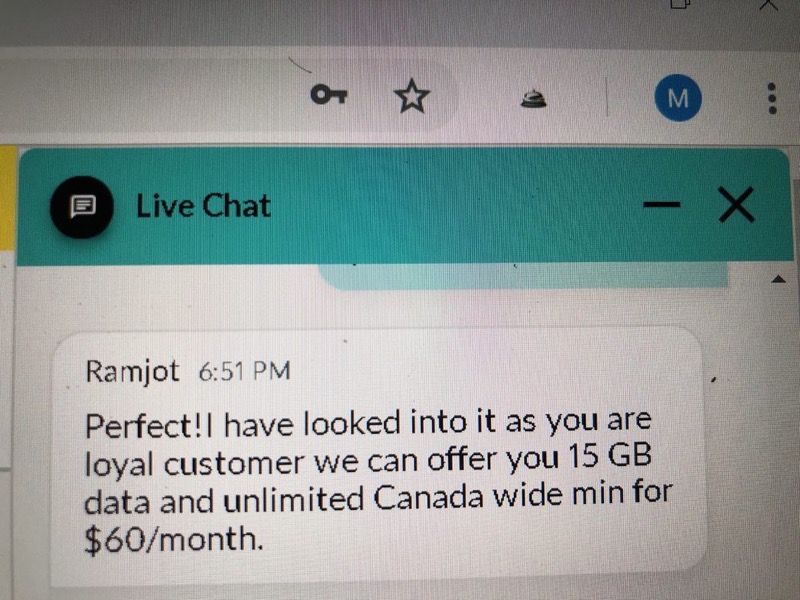 If you’re an existing Rogers or Fido customer, the company is offering a $60 per month loyalty BYOD (bring your own device) plan with 15GB of data for current customers—if you ask for it.

According to numerous users on RFD, calling in, using online chat, inquiring on Twitter and asking about the $60/15GB loyalty plan offer has been success, ever since wind of the offer was posted yesterday. Users successful in getting the plan mentioned a competitive plan ($50/15GB) from Freedom Mobile as a negotiating tactic. Many noted they had to be persistent and spoke with multiple reps, while some were able to get the plan within minutes via online chat.

Users in B.C., Alberta, Ontario and Quebec have been able to get the offer, which includes unlimited nationwide calling and unlimited global SMS/MMS and the usual extras like caller ID and voicemail.

If you’re a Rogers or Fido customer, let us know if you’re able to get this $60/15GB plan, which is better than the $60/10GB holiday plan from a couple of years ago.

Rogers today announced its unaudited financial and operating results for the fourth quarter and full year ended December 31, 2022. Overall, Rogers reported a total of $4.16 billion in revenue for Q4 2022, up 6% year-over-year from Q4 2021. Quarterly service revenue was also up 6%, to $3.43 billion. For the entirety of 2022, Rogers posted...
Nehal Malik
13 hours ago