Like with any iPhone launch, Canadian carriers debut their boilerplate landing pages detailing and comparing Apple’s latest smartphone models. TELUS and Bell had theirs up yesterday, and now Rogers and Fido have now followed suit (expect MTS and SaskTel’s shortly). 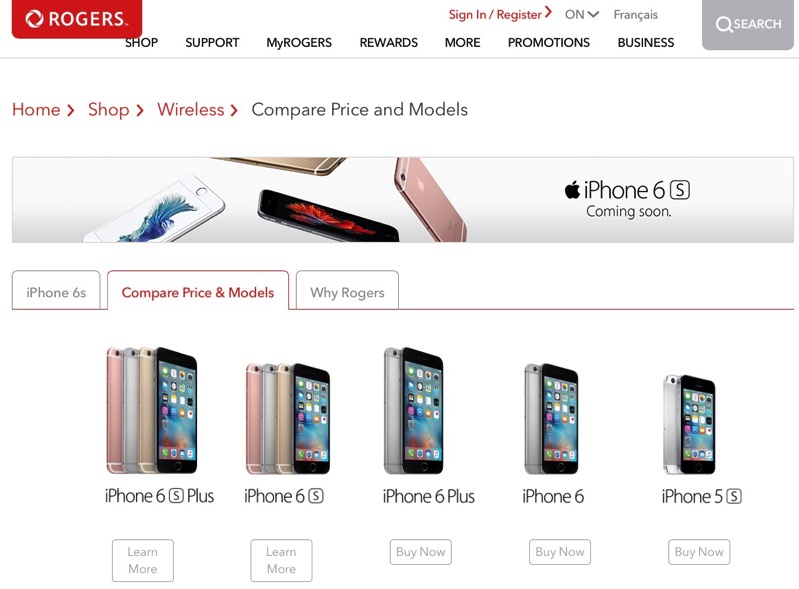 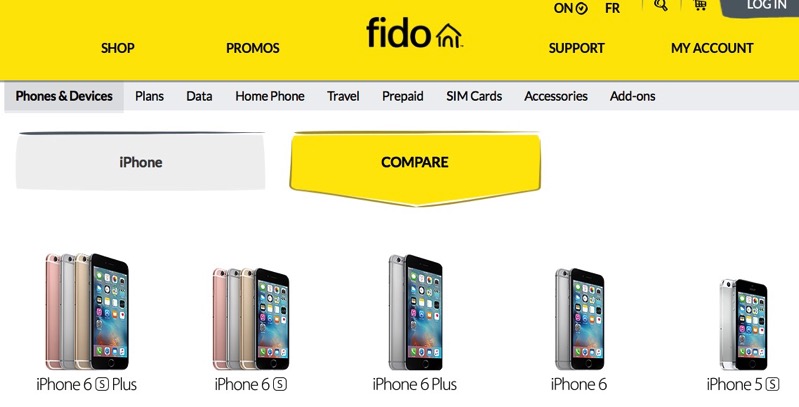 While two-year contract pricing has yet to be revealed (it’ll probably be announced ahead of the pre-order), the Rogers and Fido iPhone comparison page (and Bell’s too) lists Wi-Fi calling as a feature under Cellular and Wireless.

Although this appears to be a standard detail from Apple, Wi-Fi calling is only available through select carriers. An internal Rogers memo detailed last month reportedly said Wi-Fi calling will be supported for iPhone users with iOS 9 (despite noting last year they would support it in iOS 8).

Wi-Fi calling allows users to make cellular voice calls without a carrier signal while connected to Wi-Fi, which can be handy for those living in areas with poor coverage (like nuclear bunkers, Faraday cages, etc).

Note Wi-Fi calling is not listed for the iPhone 5s on Rogers and Bell’s pages, but Apple’s own iPhone comparison page does note the device is supported.

iPhone 6s preorders kick off this Saturday—expect contract pricing to be revealed Friday and be slightly more expensive compared to last year due to our lower Loonie. As for Wi-Fi calling on the iPhone, we’ll just have to wait and see if our carriers will support the feature or not.

Update: It’s official, Rogers will support Wi-Fi calling, as noted on their Why Rogers page (thanks Nick), which states “Now with Wi-Fi Calling, Rogers customers on an eligible monthly plan can call and text in even more places with a compatible iPhone.” The fine print says an iPhone 5c or newer purchased in North America will support the feature, on a postpaid plan. 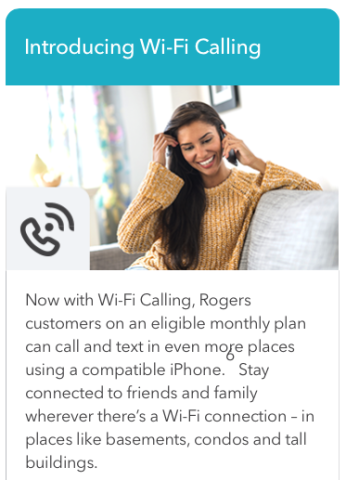 Whether you’re in your basement or on the top floor of a condo, Rogers & Fido customers with a compatible device will be able to call and text in more places over any Wi-Fi connection. Wi-Fi Calling is another way to ensure in-building coverage is readily available and people can stay connected no matter where their day takes them. This is in addition to the continued deployment of our 700-megahertz spectrum on the Rogers LTE network across the country, also further closing coverage gaps.

With Wi-Fi Calling, we essentially grew our network to offer coverage where wireless networks cannot reach and where coverage was not available before (ie: deep in buildings, underground garages, etc). As compatible devices launch, our network is enabled and ready to support them. And, as the way people use their devices evolves, we will keep investing in network technology that makes a real difference for our customers’ experience.