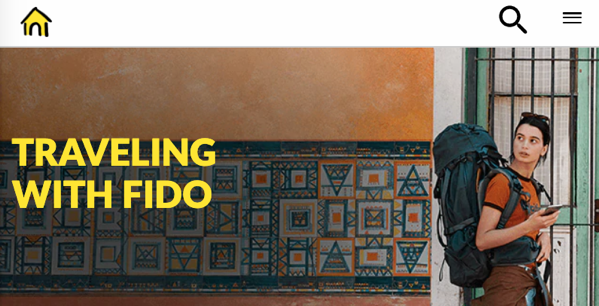 The international roaming options for Rogers Roam Like Home and Fido Roam will be increasing in price starting in October.

According to documents seen by iPhone in Canada, the international daily roaming option, which currently is $12 per day, will see a $2 increase (17%) to $14 per day, starting October 14, 2020. The international roaming plan allows customers to use their existing talk, text and data while abroad, with up to a maximum 15 calendar day charge per billing cycle per zone.

Rogers and Fido note the rate increase was planned earlier in the year but was delayed due to COVID-19. The documents indicate the company regularly reviews fees associated with rate plans and changes are made to reflect the increased cost of delivering roaming services.

Rogers emphasizes during the height of the coronavirus pandemic, roaming fees were waived for customers stuck abroad, to go with Canadian long distance calling to allow customers stay in contact with friends and family.

The international roaming option from Rogers and Fido is available in over 180 locations worldwide.

For those with an iPhone that supports eSIM, you’re better off using a service like Airalo for your data plan when travelling abroad.

Image via RFD Rogers and Fido appear to be offering up another 5GB of free data, but for 18 months. That’s according to Fido customers that shared screenshots of the text messages sent out by the wireless carrier on Wednesday. According to the text message, Fido says this exclusive gift is a thank you for […]
Gary Ng
4 days ago