Rogers First Rewards launched nationwide back in late 2013 and as the rewards program has celebrated over a year in service, the company has launched a ‘Spin to Win’ bonus points promo for existing members.

As sent out in an email blast to existing Rogers First Rewards points collectors, users can play to win bonus points, plus also be eligible for 70 grand prizes, which consist of points ranging from 25,000 to 100,000. 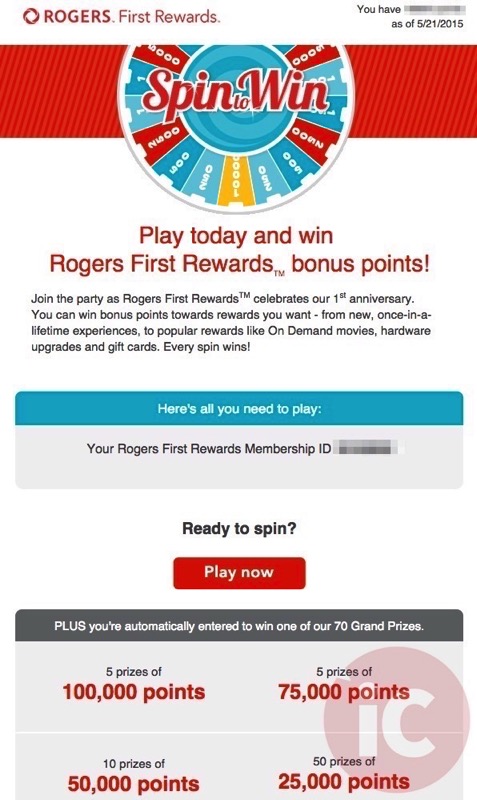 According to Rogers, “only Rogers First Rewards members who joined the program no later than May 21, 2015, are eligible to participate.”

Points can be redeemed towards Rogers services such as extra data, minutes, TV theme packs and more.

The Spin to Win promotion early on has also hit a snag, as you’ve told us the site was down, most likely due to a sudden traffic spike. Let us know what prize you won from this anniversary promo.