Rogers has announced the launch of the first LTE network in Moncton, New Brunswick, as noted noted on the Rogers Redboard:

Below is the coverage map for Moncton: 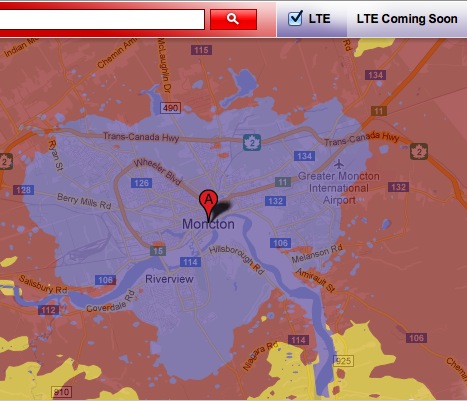 Rogers launched LTE in Halifax back in April and St. John’s back in February.

With the next iPhone reportedly being announced on September 12th, all signs point to an LTE-enabled phone. With Rogers, Bell and Telus quickly expanding their LTE networks, it looks like Canada will be prepared for faster networking just like it was for the new iPad.

Who’s excited for this latest LTE launch in Moncton?