On the weekend, MyRogers for iPhone was updated with a new design plus support for the iPhone 6. The new app brought a much simpler interface to make understanding your bill easier. 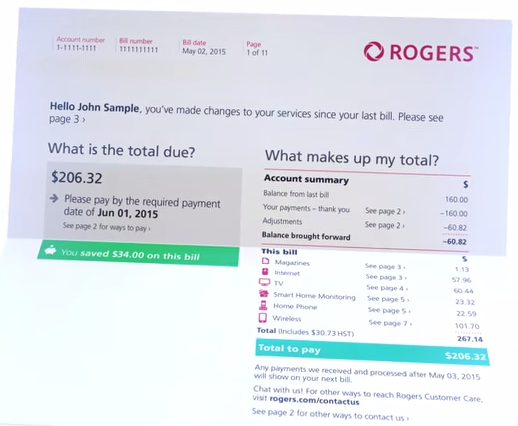 The company has also extended this to their paper and online bills, and has now shared a couple videos detailing the changes you can expect. Rogers says “you told us our bills were confusing…you spoke and we listened.”

The new paper bill brings line by line items of what you were charged and for what service, savings are highlighted in green, and any changes made to your bill are clearly labeled. Check out the video below:

Here’s the video for the online bill format, which is similar to the paper format, taking advantage of colours and easy to read graphs to check cellular usage such as minutes and data:

Back in April, Rogers admitted it would be fixing the billing process, so both customers and their employees would see the same thing, a solution to end frustating and long support calls. 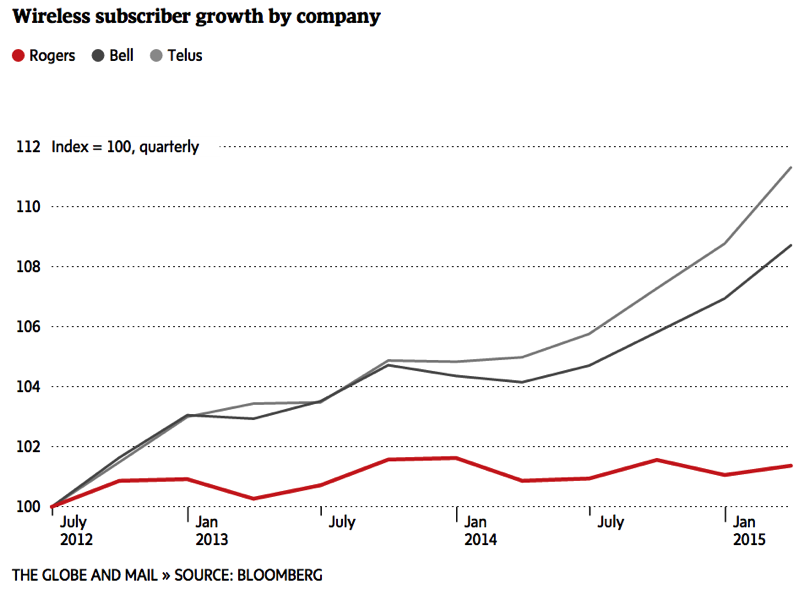 The recent CCTS mid-year report saw Bell and Rogers lead all wireless complaints, taking in 59.1% combined; TELUS only saw 243 complaints, which was 4.4 per cent of all total complaints. The chart above paints a picture of how customer service can play a major role acquiring and retaining customers, with TELUS now leading the pack out of the ‘Big 3’ in terms of wireless growth.