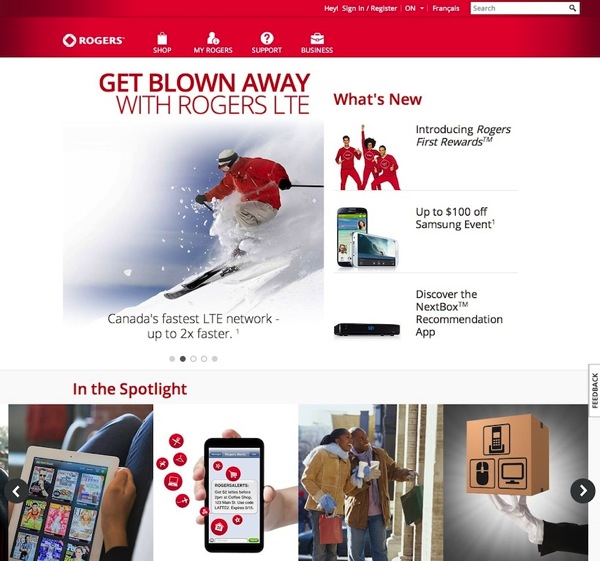 Unfortunately the site does not have a responsive design, so it doesn’t automatically optimize itself for mobile devices and tablets.

Back in August, Telus teased its current responsive website design, which also sports a simple and clutter-free design. This leaves Bell has the last of the ‘Big 3’ to come out with an updated website.