Rogers has announced it will launch a new unlimited digital magazine subscription service called Next Issue Canada, set to launch on October 15 on the iPad.

Here’s what Next Issue Canada will offer: 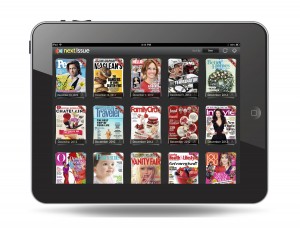 Would you be interested in Next Issue Canada from Rogers on your iPad? If you love magazines on your iPad, this looks like a decent offer.