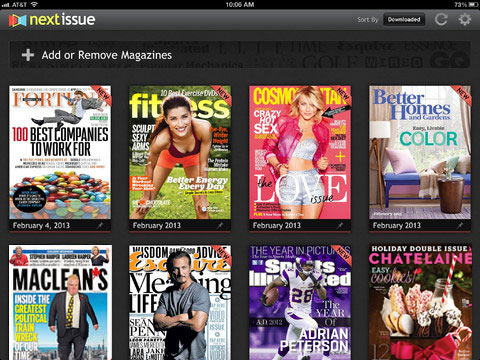 Rogers Next Issue Canada subscribers now have access to a slew of new magazine titles, such as various from National Geographic, PCWorld, Macworld, Dr. Oz and more. The Next Issue iOS app was updated today to announce the changes:

The unlimited magazine service which launched last September, now brings access to over 140 titles. Users have the option of paying $9.99/month or $14.99/month for different levels of access to the magazine library.

Anyone using Next Issue Canada right now? How do you like it?

The flanker brands of the ‘Big 3’, Fido, Koodo and Virgin Plus have announced Cyber Monday deals for 2022. These are an extension of Black Friday deals, particularly the current free iPhone 11 with $45/50GB promotion. Koodo is offering up the iPhone 11 for $0/month on a 24 month Tab, to go with the $45/50GB […]
IIC Deals
19 hours ago