Rogers NHL for iOS has been updated to version 7.1.1, which adds a new running clock that ticks down live for GameCentre, while also expands high quality 60fps live streaming to more iPhones. 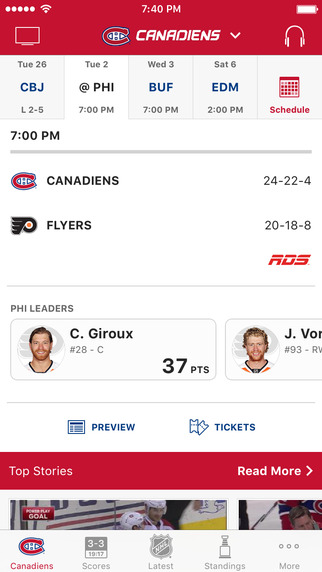 The iPhone 5s and iPhone 6/6s now gain support for 60fps live streaming, as last month when the app was redesigned, only iPhone 6/6s Plus models supported they higher frame rate (and iPads). The app also gained iOS 9 and other features such as iPad multitasking support and picture-in-picture support.

Today also brings back the ‘Trades’ view, plus a redesigned ‘More’ menu, plus international timezone support for fans outside the United States. NHL GameCentre LIVE is known as NHL.TV outside Canada, part of a rebrand from last month.