This morning Rogers’ new beta service “One Number” has gone live. We first mentioned One Number on Monday when many of the features could not be accessed. Today it looks to be fully functional.

Testing the service, I was able to text and talk from my personal computer using my wireless number. I was even able to successfully switch a call that I accepted on my phone to my personal computer. Rogers also advertises that calls made to any Canadian number using your computer are FREE, no matter where in the world your located. 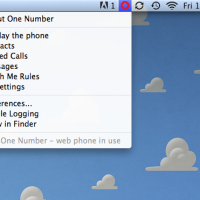 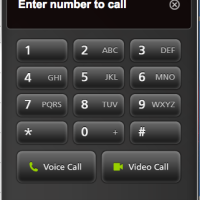 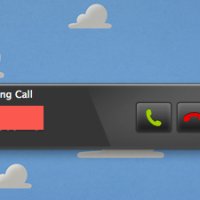 How Long Distance Calling works: Calling Long Distance from your computer to any Canadian number is free. If you are using your wireless device, you will continue to incur roaming and long distance charges if calling a long distance number. Same for text messages, unless you have a text/data plan. So for example, if you are on vacation and use your personal computer to call back to Canada, the call is free. But, if you make a local call it will be charged as a long distance internet call.

How this service different from other VOIP services: There is just one number to remember – your existing wireless number. What this means is that you do not have to register for any additional numbers and as soon as someone calls, your wireless and computer will ring. This also allows you to receive a call on your wireless device and then switch the call or seamlessly continue the call on your computer.

911: As this is a VoIP service, it is essential that you add a 911 emergency address to your Rogers One Number service because unlike traditional phone lines, an emergency call over VoIP is routed to a 3rd party dispatch before being re-directed to emergency services. Just as you would call using a regular telephone or wireless device, you will use the web phone to place your 911 call and then be asked by the dispatcher to confirm your address before emergency personnel are dispatched. We always recommend that you have an alternative method of contacting 911 in the event of an emergency.

Rogers One Number is currently a pilot and there are no market launch details to share at this time.

Check out Rogers One Number and let us know what you think.