After Bell and Telus raised the prices of their data overages earlier this summer, Rogers has now matched their wireless rivals with their own price increase as well.

Previously, current in-market plans on Rogers and Fido saw data overages of $7 per 100MB, but now that is increasing to $10/100MB or $100 per gigabyte. The quiet change happened in late July, spotted by MobileSyrup. 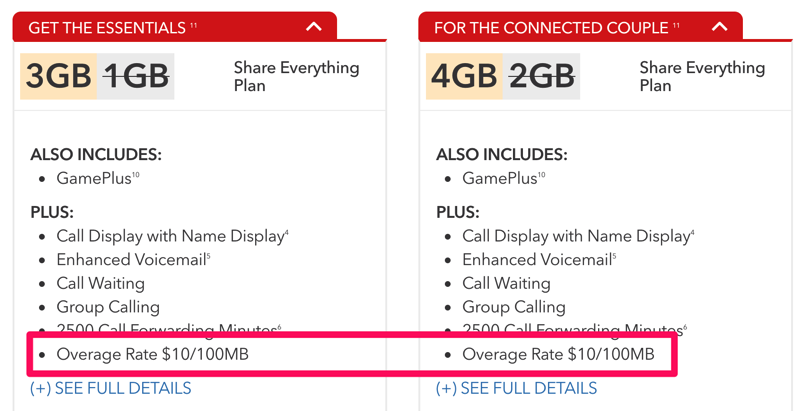 When asked why these prices increased, a Rogers spokesperson told iPhone in Canada in an statement, “We’ve taken the worry out of data usage with proactive notifications to our customers, and features that allow them to get the most out of their data plans like data manager and Stream Saver on Rogers and five extra hours of data on Fido.”

As per the CRTC Wireless Code, when a customer incurs data overages of $50, their service cannot continue with overages unless they authorize their carrier to do so. Rogers customers will get alerts of the same nature when overages hit $150 and $250.

When a Roger or Fido customer’s data usage hits 90% and 100% of their monthly allotment, they are notified by text message. Users are able to pause their data via the company’s real-time data manager tool online.

Again, unless you’re switching to a current in-market plan, existing customers will be charged data overages of their current plan.