Cellphone plans aren’t getting any cheaper it seems, as some former Mobilicity customers now on Rogers-owned Chatr are being informed of a $5 per month price hike, reports a tipster to MobileSyrup.

Rogers acquired wireless startup Mobilicity in 2015, and announced last year it would shut down the brand and merge customers with Chatr. These customers moving to Chatr were then offered merge plans by Rogers.

But now it appears these merge plans will see a $5 per month increase, as of October 28, 2017. Meanwhile, various voice and text pay-per-use rates are increasing as well: 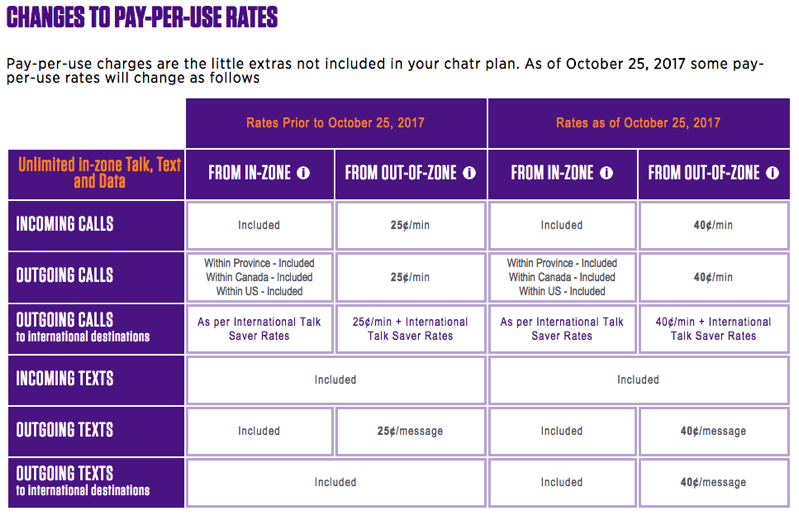 As for the reasons for the price increase? Here’s what Rogers said in a statement:

“We regularly review and make changes to our plans to reflect ongoing network and service investments so we can continue to give the best possible customer experience. Our plans remain some of the most competitive offers in the market, and our customers love the flexibility that our plans offer without any commitments.”

Earlier this year, Rogers and Bell increased data overage rates for new customers by 40%, jumping to $7/100MB or $70/1GB.