Rogers to End Mobilicity, Will Become Part of Chatr Mobile

Nearly one year after Industry Canada approved the sale of Mobilicity to Rogers (outbidding TELUS), the latter has announced it is ending the Mobilicity brand, which will now become part of Chatr Mobile, the wireless giant’s low cost brand. 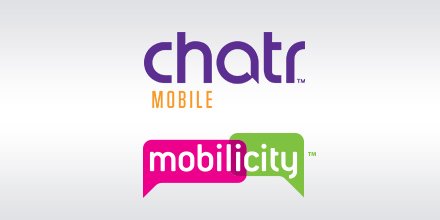 We are excited to become part the chatr mobile family later this year! Visit https://t.co/bbm4OT0Vij for FAQs. pic.twitter.com/9Lp5d9NibV

The answers note existing users will not see their plans change in details or price and that “almost everybody” will be able to bring their existing phone over to the Chatr network.

However, the company told MobileSyrup customers will have to switch over to a “comparable Chatr plan” and existing plans will not be grandfathered. Shailendra Gujarati, vice-president of Chatr Wireless, said in a statement “We’re excited to welcome Mobilicity customers to the Chatr family, As Chatr customers, they can expect a consistent, reliable network experience and high customer satisfaction. They will also enjoy great data options and simple plans that provide predictable costs via a flat fee every month. We are working very hard to make this transition as smooth as possible and we’ll share more details with our new customers in the coming months.”

The transition will see some Mobilicity dealer locations shut down, but “more than half” will be currently kept by Rogers. Starting August 15, 2016, Rogers will no longer activate new Mobilicity lines.

Did anyone not see this coming?! You have to love wireless competition in Canada, eh?