Rogers Promo: 7GB Share Everything+ Plan for $100 Per Month

Are you currently signed up to a Rogers Share Everything+ plan? You may want to call in and switch to these latest promos from the company, as right now 5GB plans get 2GB bonus data for 7GB total.

Here’s a breakdown of the prices for a 7GB total Share Everything+ plan, based on subsidy tiers:

Overages are charged at $5/100MB, or $50 for 1GB of data. If you were on an older plan with data overage charges of $15/1GB, you’ll lose that lower rate if you switch to these new ones. 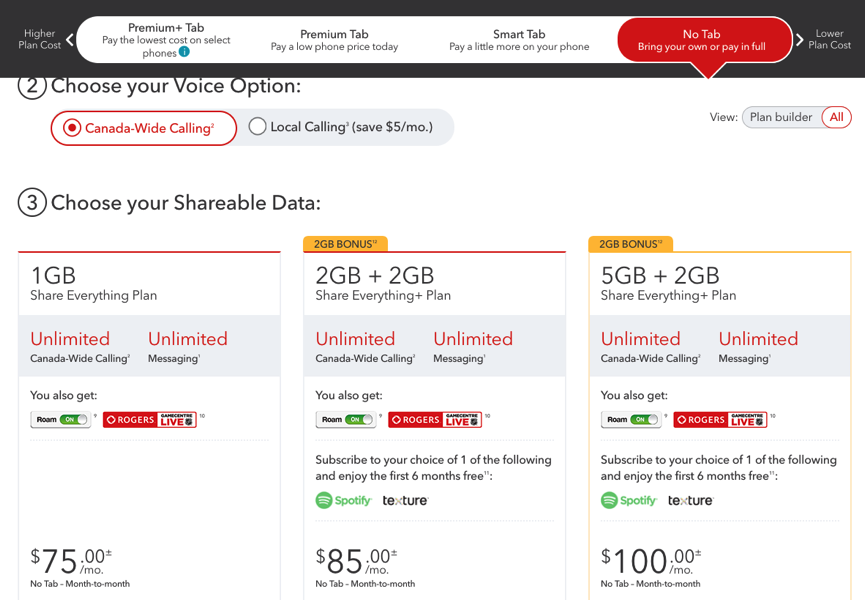 These offers are “available to new and existing customers in-store, via call centre, live chat and rogers.com”, according to the fine print. Is it me, or does the Rogers.com website continue to get more complicated? There’s way too much information to digest, which can easily confuse and overwhelm customers.

We recently switched from Fido to Public Mobile’s promotional $38/month plan with 4GB data on our iPhone 7 Plus. Telus owns Public Mobile and operates the latter on its nationwide LTE network, so coverage and speeds are very good. You won’t get Wi-Fi Calling or VoLTE (yet) like Rogers and Bell, but your wallet will thank you (we are saving $600/year thanks to the switch!).

Click here to follow our tutorial on how to switch over to Public Mobile with your iPhone.