Rogers has released a new carrier update for iPhone users, version 13.1 (which replaces 13.0). Users can get the update by navigating to:

Once you wait a few seconds, a prompt will pop up on your screen informing you of a new carrier settings update available and ask you to update. Once you update, you should see version 13.1 under ‘About’: 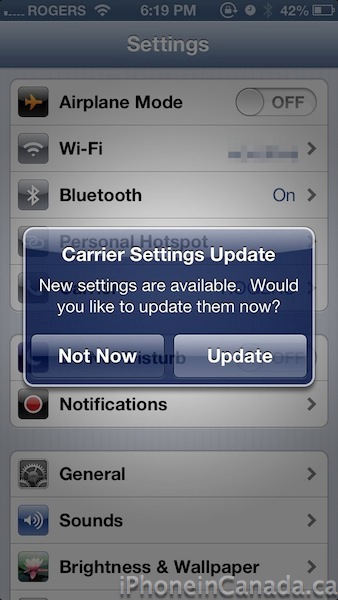 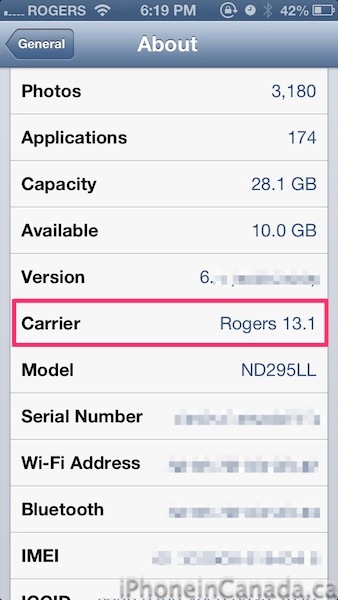 Numerous users have experienced an iOS 6 bug where data gets used over Wi-Fi, which Rogers and Fido have claimed has nothing to do with their end. This carrier settings update could address that issue, just like how Verizon released a 13.1 update to address the same bug back in late September. Fido users probably should see this update as well.

Let us know if this carrier update fixes your data over Wi-Fi usage bug, or changes anything else on your iPhone.

Update: Some users note you need to reboot after the install for the update to come into effect.

Update 3: Rogers emailed us to explain what this update addresses:

Our carrier bundle update is wholly unrelated to other carrier updates that address issues with wireless data being used when connected to WiFi. Our update improves how our customers connect to the wireless LTE network by ensuring more radio channels are available to take advantage of Canada’s first LTE network

Rogers, Telus and Bell announced this week they will be waiving all long distance calls and texts made from Canada to Iran. The temporary waiving of charges depends on carrier, postpaid and prepaid accounts, with different end dates. “To help Canadians stay connected to loved ones, Rogers is temporarily waiving long-distance calls and SMS messages […]
Gary Ng
12 hours ago