According to a report by The Globe And Mail, Rogers Media is resisting pressure from the Harper government to reinstate ethnic newscasts on its OMNI TV channel. Julian Fantino, MP for Vaughan, last week called for company executives to justify recent cuts to Italian-language programming at stations, just one of many newscasts shutdown. “The elimination of ethnic news programming is devastating”, he said. 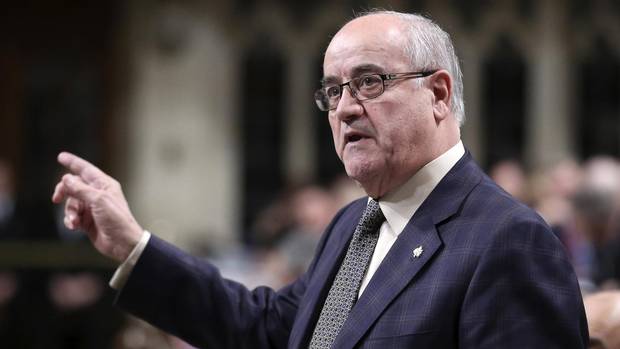 In a letter to Guy Laurence, the president and CEO of Rogers Communications, Mr. Fantino raised his concerns but said that he didn’t receive a satisfactory response. He added that the Conservative members of Parliament have decided to call a special parliamentary committee meeting in the days ahead on this very issue “where we will force Rogers to explain themselves to members of Parliament and the Canadian public”. Mr. Fantino said that Rogers executives are expected to appear before June 18 at the Standing Committee on Canadian Heritage.

Meanwhile, the vice-president of television and operations for Rogers, Colette Watson, claims that Rogers has already made it clear that “OMNI needed to make drastic changes to stanch millions of dollars in annual losses”.

Ms. Watson suggested the government’s move was politically motivated. “Mr. Fantino is in an election year. He’s doing what he’s got to do, with respect to responding to his constituents,” she said in an interview with The Globe on Tuesday after a presentation of Rogers’s fall programming. “This is a private sector business. Does Julian Fantino go to Wal-Mart and say, You need to have more stuff in a certain language?”

Ms. Watson stressed that while she is aware of Rogers’ obligations stemming from its government-issued license, “the other model wasn’t sustainable”. She also expressed the move may be politically motivated: “Mr. Fantino is in an election year. He’s doing what he’s got to do, with respect to responding to his constituents.”

Rogers today announced its unaudited financial and operating results for the fourth quarter and full year ended December 31, 2022. Overall, Rogers reported a total of $4.16 billion in revenue for Q4 2022, up 6% year-over-year from Q4 2021. Quarterly service revenue was also up 6%, to $3.43 billion. For the entirety of 2022, Rogers posted...
Nehal Malik
22 hours ago