Update: looks like the price increase is also for Fido customers too (thanks Darren!).

If you are a Rogers Roam Like Home user, the price of the International option has increased in price by 20 per cent, up from $10 to $12 per day, beginning January 31, 2018, as detailed in an internal document, reports MobileSyrup. The change is also now live on the Rogers website.

The International Roam Like Home add-on allows customers to roam with their existing plan in over 100 markets. 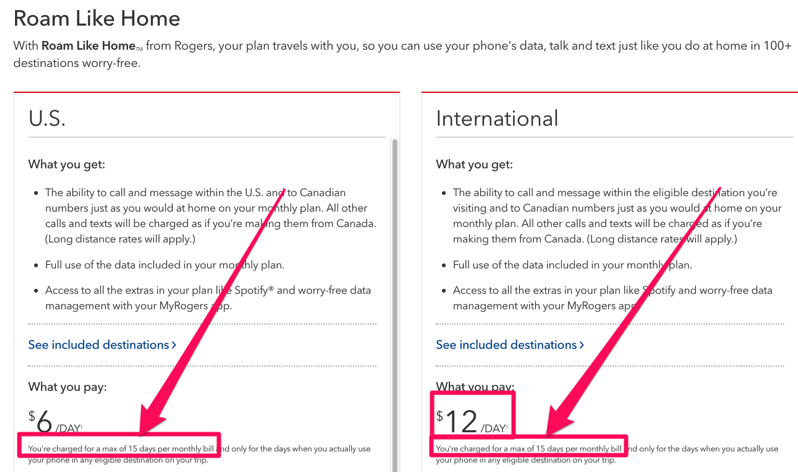 Today’s change also caps fees at 15 days, up from 10 days per billing cycle. This means users can expect to pay more for international roaming on a billing cycle, now up to $180 instead of the previous $100 max. In comparison, Bell’s International add-on caps at 20 days, and Telus has a max of 15 days.

The maximum cap days also apply to the U.S. Roam Like Home option, which means users can expect to be charged up to $90 per billing cycle, instead of $60.

The memo informs employees “This increase helps us balance the increased costs associated with offering the service.”

Rogers is notifying customers of the change through text messages as of today. A spokesperson told the publication “We believe the service continues to offer great value with the ease, convenience, and predictability customers expect,” while noting customers are using more data when traveling overseas.

Do you use Roam Like Home? What do you think about these changes?