The Rogers social media team is working overtime on Twitter, as last night an erroneous email was sent out to customers noting they had signed up for Rogers Smart Drive, which caused some to think their account had somehow signed up for the service. 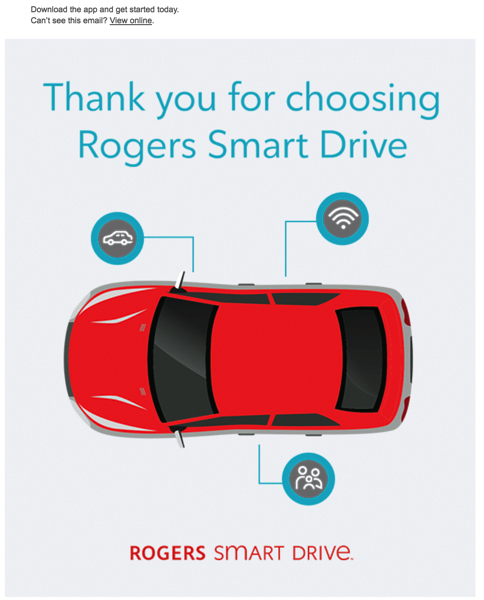 The email sent out last night at 5:14PM PST read:

Now that you’ve received your Rogers Smart DriveTM device, we wanted to remind you how easy it is to start taking advantage of all its great features and benefits.

For more information on how to set up and use your device, check out this how-to video for some simple do-it-yourself steps:

It wasn’t until nearly 12 hours later did Rogers send out yet another email, to apologize for the confusion. This time, the email was sent from Raj Doshi, EVP, Consumer Wireless:

Last night you received an email regarding Rogers Smart Drive that was sent to you in error. Please be assured that no services or products have been activated without your permission.

Please accept our sincere apologies for any inconvenience or confusion this may have caused. 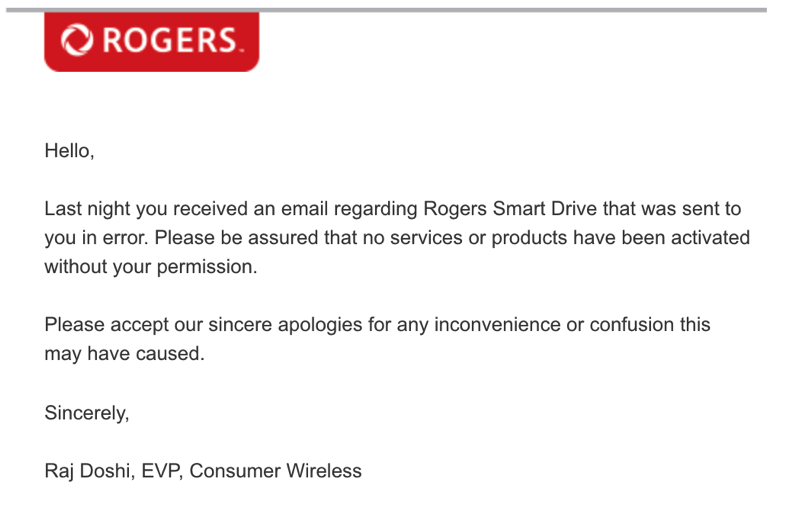 Checking the timeline of the @RogersHelps Twitter account, they are responding non-stop to customers who are asking about the original activation email.

We apologize about the inconvenience and headache of getting those emails. ^sw

Hi Wes, we're very sorry if this email has caused you any inconvenience. ^oc

Everyone receiving uninvited emails from @Rogers about Smart Drive can forward them to spam@fightspam.gc.ca to report a CASL violation

A Rogers spokesperson commented to iPhone in Canada, to say “Some of our customers received an email regarding Rogers Smart Drive in error. Customers can be assured that no product or service was added to their account. We have sent affected customers a follow-up email clarifying the error. We sincerely apologize for any inconvenience or confusion this may have caused.”

Did you receive this Rogers Smart Drive email from Rogers?