For those subscribed to Rogers Smart Home Monitoring, the company’s iOS app was updated today with some worthwhile updates. 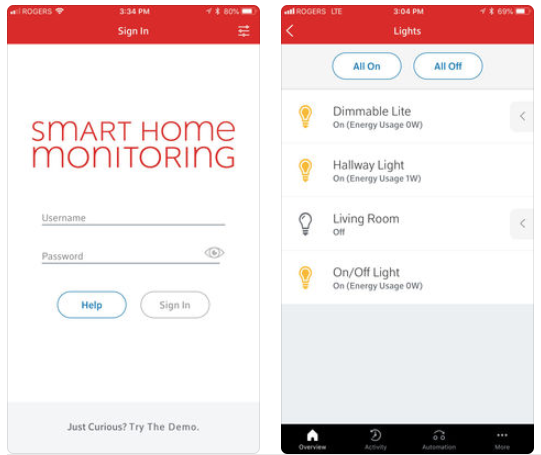 For iOS users, you can now sign-in and arm/disarm your system with Touch ID and Face ID, while iPhone X support has finally landed. If your device supports 3D Touch, it’s now available to access shortcuts from the app’s home screen icon.

Rogers says there is now an “enhanced” help centre, to go with enhancements and unnamed bug fixes.

Be warned though, as some users, such as iPhone in Canada reader @codedbydesign, says the update breaks passwords, limiting to 16 characters. This means if you have a password longer than 16 characters, you cannot login. Also, passwords can only contain letters and numbers, and not special characters.

@iPhoneinCanada @Rogers Rogers new smart home app updates breaks for anyone who has a password over 16 chars long. No way to bypass it either. pic.twitter.com/vP3GO4zggu

Embarrassing as hell for a “security first” company. If you want to reset your password. You can ONLY use letters and numbers. No: .,! Or other special chars allowed. Max length 16 digits.

Click here to download Rogers Smart Home Monitoring for iOS in the App Store–but you may want to hold off before updating.

Rogers’ proposed $26 billion takeover of Shaw Communications, if successful, could deliver a $216 million payday to 12 hedge funds that bet on it — reports Reuters. The controversial and heavily contested merger has a January 31 deadline. With the Federal Court of Appeal rejecting the Competition Bureau’s appeal of the merger on Tuesday, Rogers and...
Nehal Malik
18 hours ago